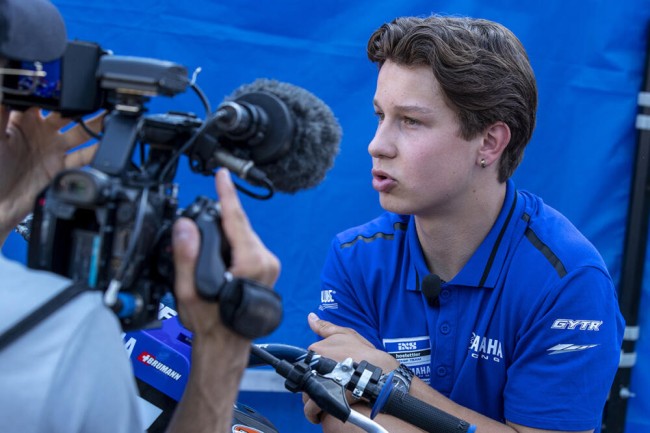 Kevin Brumann has decided to change things up going into the 2023 MXGP World Championship season. The young Swiss rider has signed with JK Yamaha heading into the year ahead and has now announced a change of trainer.

One of the youngest riders in the MXGP class will now work with Joel Roelants after a number of years with Max Nagl.

“During the “winter break” we have decided to change some things for the new season! As most of you already know, I will be racing for the Italian JK Racing Yamaha Team next season and will be competing in the MXGP World Championship and the Italian Championship. Despite a tight schedule I will try to do some races in Switzerland. Not only the “with whom” has changed but also my place of residence. Belgium is still my adopted country but I moved to Kerkhoven. I left the nest of Max Nagl and made another step towards independence. With the change of residence we also decided to end the cooperation with Max Nagl after almost three years. I thank you for your work, your commitment and your belief in me. You were not only my coach, but also my advisor and friend, who helped me in many situations.

I will now train with Joel Roelants. He already has several years of experience and I think that working with him is the right decision for my career. For now I wish you all a Merry Christmas with your loved ones and a Happy New Year. Stay healthy and see you soon”, Brumann stated on social media.