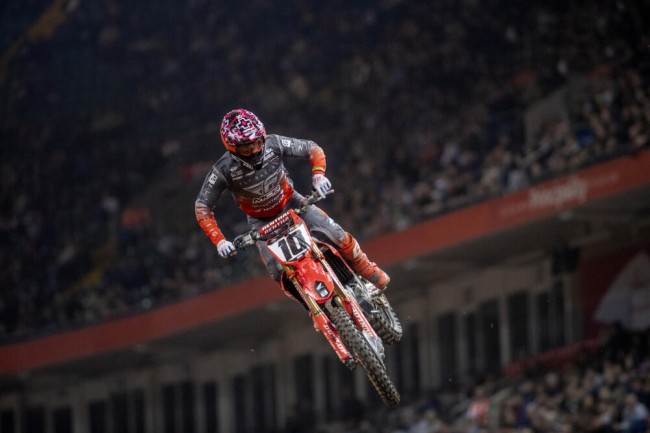 Since March 10, 2018 and his tremendous victory at Daytona, Justin Brayton is very officially the oldest winner of an SX US (he was then 34 years old). Even Chad Reed is jealous! After twenty years (!) of career including a big dozen at the top level (four times in the top 10 of the last five championships, including again this year, it causes!), “JB10” has just shared the podium of the final of the World SX, last Saturday in Melboune, with his close friend Ken Roczen, of whom he will be the “teammate” at the Paris Supercross, in exactly two weeks!

Brayton is a real SX specialist and he chose for five years to devote himself exclusively to this discipline, racing his season between SX US, Australian championship (of which he won the last two editions) and international Prestige races (King of Paris in 2009 and six times King of Geneva!). When it came to completing the replacement of the Lawrence brothers, the Parisian organization did not hesitate for a moment and turned to the tough veteran from Iowa…

“Brayton is rock solid!“, insists Xavier Audouard, the sports director of the great Parisian classic. “With him, we know we can count on a top-level driver, professional to the core, who won’t give up on the track and won’t give up until the last checkered flag of the weekend.”, continues Xavier. “ He is formidable in the whoops and as Cédric Lucas has been instructed to concoct a “man” circuit for us so that the big guys can explain themselves for the beauty of the show and the joy of our fans, Brayton was the man to the situation. Accustomed to our event and the Arena Paris-La Défense, he will also serve as rider fish for Kenny, of whom he will be a teammate within the Australian team Honda Genuine, which will be hosted for the occasion by its partner “week-end “CBO and its beautiful ex-Gariboldi structure”.

The Honda camp will therefore be strongly represented against Yamaha – which obviously counts on Tomac – and against KTM Red Bull, whose colors Cooper Webb and Marvin Musquin, the King of Paris in title, will defend. This major quintet obviously dominates the forecasts but the tenors of the SX Tour such as Cédric Soubeyras, Thomas Ramette, Anthony Bourdon, Adrien Escoffier or Maxime Desprey, strong from their recent WSX international tour, as well as Julien Roussaly, the 2021 SX2 champion, will obviously try to hang on the right wheels. They will nevertheless find on their way a few veterans of the US championship including Kevin Moranz (KTM VHR), Alex RAY (Honda FR25 Suttel) or the Spaniard Joan Cros.