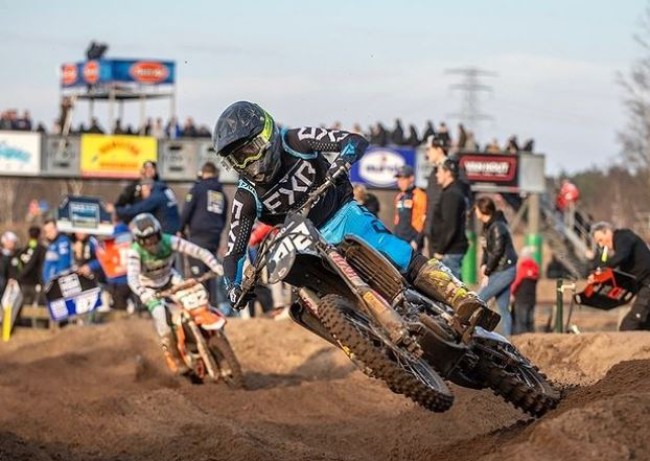 Joel Rizzi inked a deal to race the EMX250 series with the Riley Yamaha Racing team this year but due to having Covid-19, the Brit will miss the second round of the series.

Together with the team, Rizzi has now decided to race MX2 when he returns to racing which should be at round five so we’ll see another young Brit race the World Championship this year.

“Tim Edberg and Joel Rizzzi won’t race at the MXGP of Portugal. Both riders are recovering from the Covid 19 virus. Normally they will be back at the next round in Arco di Trento. Due to this setback, the team and Joel Rizzi have decided to step up to the MX2 class for the rest of the season to gain experience for next year! Despite the misfortune of Edberg and Rizzi, we still have Brent van Doninck and William Kleemann838 who will race in Portugal this weekend”, the team stated on social media.