Jett Lawrence and Austin Forkner on their rivalry 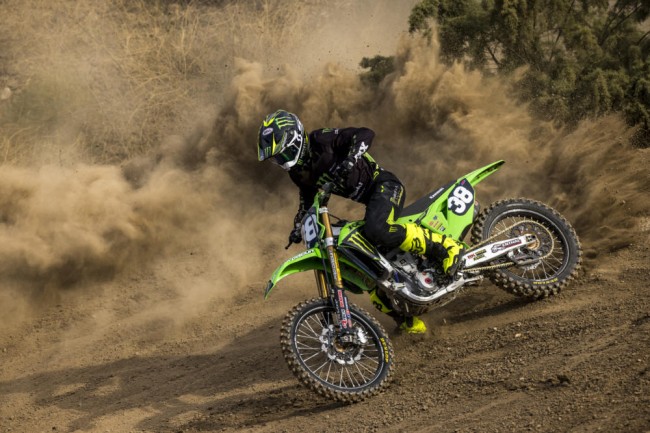 See what Austin Forkner and Jett Lawrence had to say in the pre-race press conference ahead of their 250 East coast season starting in Houston as well as their take on their hyped rivalry entering the season!

Austin Forkner on trying to finally win the title

(There’s) not really any added pressure, this is looking like it could be my last year to get it done. I have obviously wanted to get the last couple of years but it hasn’t worked out, I’ve been close but haven’t got it done. it’s one of the those things I need to make it happen this year. We have got a new bike and we are excited going into this year.

Injuries are all good, they had to take my spleen out, you can live without a spleen that’s not a huge deal but they had to take a decent chunk of my pancreas out which was not the greatest thing. I haven’t had any side-effects from it really, honestly I healed a lot quicker than I thought I would. They said I shouldn’t have any problems until maybe I’m a lot older to help with what they had to do to my pancreas. I feel healthy and good on the bike.

There is quite a bit that changed about the bike, we kind of came into it trying to set it up like last years bike which didn’t really work with the change with geometery. So we had to figure out how that works but once we figured it out, we got it working good now.

Austin on the rivalry with Jett

I’ve been seeing everybody trying to build it up, everybody likes a rivalry, that’s kind of what I just chalked it up too. We got together in one of those last Salt Lake City races, the start thing, we came together I went down and then we battled. I don’t know that set us up for a huge rivalry that was just something that happened but I guess everybody want’s a rivalry so they just kind of picked us two.

Jett on the rivalry with Austin

Everyone always tries to build some things up to make some drama to make it more exciting. it was a one time thing, who knows? If either of us decide to do a stupid move or anything we will give the favour back. If I do something wrong to him he will give it back, that’s how racing goes. We did it there, we settled it there and yeah, like I said, if something comes up one of us will hit back harder and harder, we will just have to race and see.

I have had a really good off-season with some sponsorships, I had a project with Red Bull, as must people would know and seen the video, so really excited with that and I just really can’t wait t get this season under way the off-season has been good and hopefully keep this progress going from last year.

He ended up coming out to the old Chad Reed farm the other day! It was good to catch up with him and he gave us his knowledge from his racing and his seasons and it was really good. He would jump in every now and then in my moto and do a few laps with me and bang bars and kind of getting me ready for the weekend. He gave us some good knowledge, so take it all in and soak it up like a sponge. It’s really cool because as kids from Australia we really looked up to him, he was the guy that left Australia went to Europe then America and won how many championships so it was really cool

Mindset going into his second season