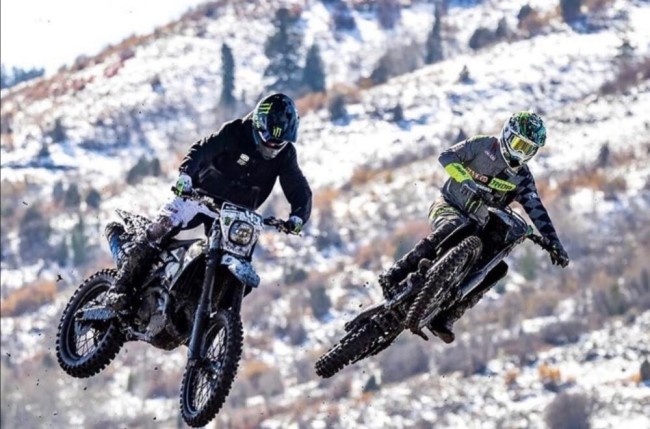 Long-time friend of Ken Block, Jeremy McGrath, has paid an emotional tribute to the rally star who tragically passed away after a snowmobile accident aged just 55.

McGrath wrote: “Ken, writing this is so surreal. We have known each other for 35 years, I witnessed have your passion and drive to succeed and do it with style. You have not only been my friend but someone who I looked up to as a father, mentor, businessman and giver. You meant so much to all of us and you set the bar high. I have so many fond memories of riding, driving, watching SX , raising our families together and of course New Years every year. Thank you for those times together, they will never be forgotten. You have made an impact on this world that will never be matched. We will look after Lucy and the kids. If Mika ever needs a riding buddy, you know he will be in good hands. Rest in Peace my friend”

While rally rival but good friend, Travis Pastrana said: “Ken was a lot of things to a lot of people..but first and foremost he was an amazing family man. in all the times I’ve seen him on top of the podium, I’ve never seen Ken as genuinely happy and proud as he was this year, rallying alongside his wife and oldest daughter.”

“Ken was the heart of rally in the United States. The impact he had and will continue to have in our sport is larger than life. To me, Ken was a friend, a rival, a mentor, a boss, a business partner and a fellow family man who was more proud of showing me pictures of his kids go-karting than he was of himself doing a world’s first in one of the many “coolest cars known to man,” that he regulary drove the wheels off. Ken lived his life to the fullest. Cut too short like so many of the greats before him. Rest in peace buddy, you will never be forgotten.”

Mx Sports Davey Coombs wrote: “Ken Block did a lot of incredible things in his time on earth, and was just such a sweet, generous, brilliant and passionate man… Most impressive though was what a wonderful father and husband he was to Lucy, Lia, Kira and Mika. And that is what I will remember most. Godspeed #43 #icon #rolemodel #legend #friend“

While the GOAT of American motocross, Ricky Carmichael, who was in a Top Gear segment with Ken simply said: “I have no words. Life doesn’t make sense at times. I’m heartbroken and I hurt for his beautiful kids and wife. Gonna miss you KB.”