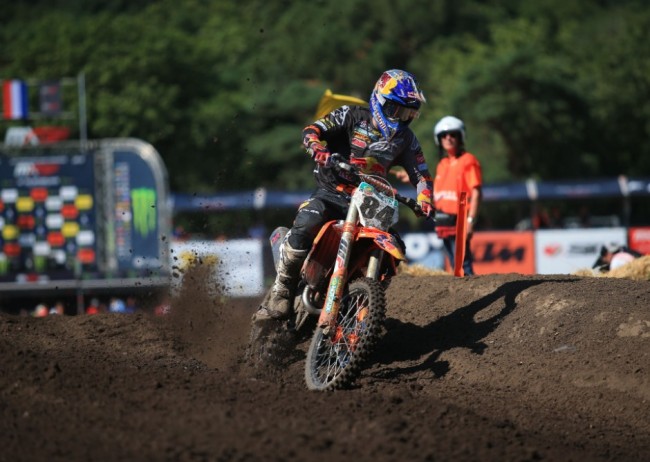 Lisa Leyland caught up with Jeffrey Herlings in the pits at Loket as the four times World Champion made the trip to watch the fifth round of MXGP despite being out injured.

Herlings offered an update on his injury and when we might see him back in action.

“Honestly, it’s hard for me to say because I don’t even know myself. There’s a small chance I will be back racing next weekend in Lommel to keep my championship hopes alive. If that is smart? I don’t know, I don’t think so. Normally the plan is to return back in Finland and be healthy. Once again, nothing has been decided but this week we will have another check up with the doctor and then we hope to have more news to see what will happen”, Herlings stated.

You can watch the chat Lisa had with Herlings below: