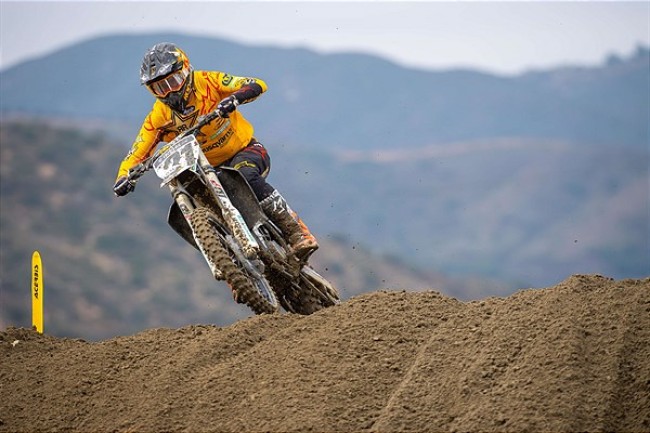 Husqvarna have announced that Jason Anderson is out for six to eight weeks after breaking his hand in a practice crash. It has been a frustrating season for the former supercross champ who is expected to sign for Kawasaki as Eli Tomac’s replacement for 2022 but Anderson says he still wants to end the season on a high.

Stephen Westfall, Rockstar Energy Husqvarna Factory Racing Team Manager:“It’s very unfortunate that Jason had a crash while practicing today, resulting in a broken right hand. We wish him a speedy recovery and look forward to having him back to the races ASAP.”

A frustrated Anderson, who vowed to be back racing before the end of the outdoor season, explained on his social media that it wasn’t rider error: “Bummed to say that I will not be making it this weekend. Started my first Moto this morning at practice and off of a jump my chain snapped,,, something completely out of my control . I broke my hand and knocked some teeth out 😩 I gotta get it all handled on Monday (recovery timeline) and I will be back racing these outdoors at the end of the season. Sorry to my team and all the supporters but damn 2021 been a rough year for me .. let’s end this shit on a good note though!”