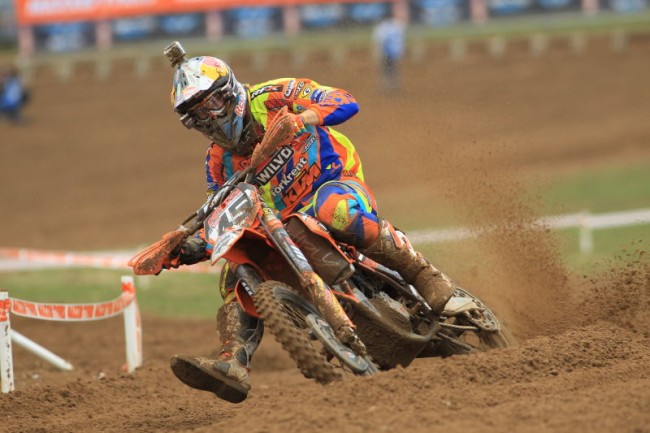 It has been a tough two years for Jake Nicholls and 2015 doesnt look to be ending any better for the Brit. It has been decided that he will sit out Mantova and Assen GP.

Wilvo Forkrent KTM took to twitter to break the news – “Update: @JakeNicholls45 will be sitting out both the MXGP of Lombardia & Netherlands following his injury in Latvia”.

Jake is hoping to be able to ride the last few British championship rounds if it is possible but he has a bruised bone in his back so it could be difficult. Lets just hope he can heal up soon, have a good off-season and show us what he can really do in 2016!