Interview: Todd Kellett reflects on his MXGP experience at Lommel 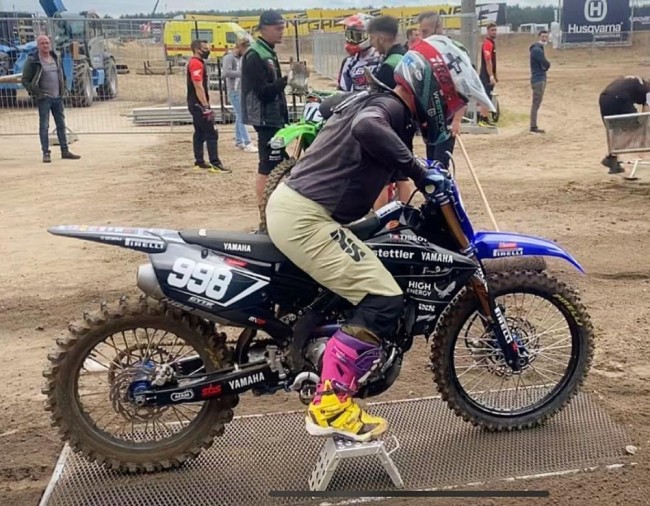 Last week it was announced that Todd Kellett would race the MXGP of Belgium at the brutal Lommel track for the Hostettler Yamaha team who drafted him in to replace Arnaud Tonus.

It was nice to see another Brit in the paddock and see him race the very deep MXGP World Championship but Kellett certainly didn’t look out of place. Despite going down at the start of both moto’s he was able to come back and score a championship point in moto two.

We caught up with Kellett to get his thoughts on the day and racing MXGP at the tough Lommel track.

On his day at Lommel…

Qualifying was never my biggest strength so to qualify close to the top 20 in 22nd was positive for me. I was happy with that but unfortunately moto 1 I ended up on the floor in turn 1. I didn’t have an amazing start, but came round the first turn to see Strijbos on the floor, I did actually manage to slow up and avoid him but someone hit me from behind at a rate of knots and took a few of us down. It was a slow remount for me due to being underneath a few bikes so I was a long way down and other than Strijbos I was last man to get going. I don’t believe Strijbos continued so I was actually dead last, not really what you want in your first GP but I kept charging and doing all we can, we had heavy rain and I mean bouncing off the floor after about 6 laps and it made it more of a beach race style ride shall we say, ride without vision and get on with it. I passed some riders that I value massively and brought home 24th place so unfortunately no points but it was a strong return.

Moto 2, I’ll be honest I didn’t have the best of starts, I played it very cool around the first few turns around the 20th place mark to then be taken down again on about the 4th turn. Not quite so long to get up but still way out of the top 30 on the first lap. I knew rain was coming and the track was next level rough so I just played it safe and kept the laps fairly smooth. I was still overtaking 3 laps from the end so I knew points were possible, after a hideous 38 minutes around one of the toughest tracks I’ve ridden we scored a world championship point. That was a life time goal and we achieved it. It’s a bit gutting that I had 2x first lap crashes but that’s the carnage of a GP and being a newbie I guess, overall I’m pleased, I think we could have brought more points home but I’m not focusing on that, I put it alongside some riders that have years of experience and I’ll take that.

It was cool to be at my first GP, I had a call on the Monday morning before and asked if I would be interested in stepping up and replace Tonus. We had a few issues to sort so wasn’t really a set deal until late Monday night. But we got to the team Tuesday evening and it was all systems go, I rode the bike on the Wednesday and Thursday and went to the GP. It was an experience I’ll never forget. I’m very grateful of the opportunity from the Hostettler guys and I’ll always thank Jef Janssen for giving me that opportunity. 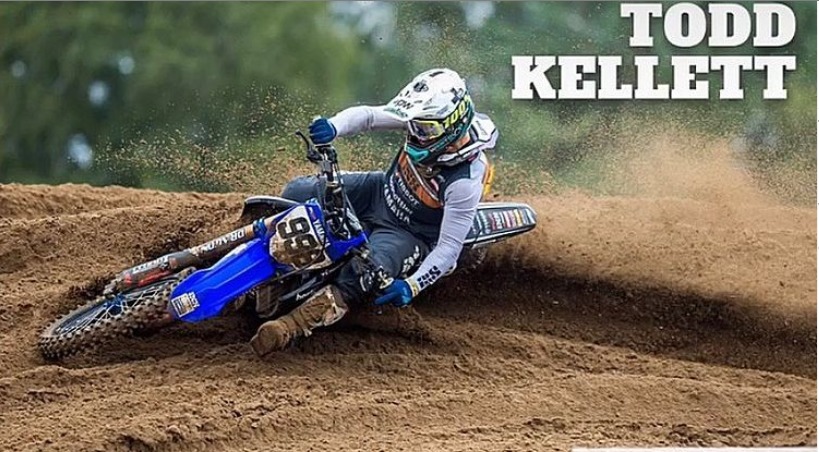 His thoughts on the tough Lommel track…

The track was Brutal. They did very minimal track work after the Europeans on Saturday and we had some heavy rain. So the track was heavy and deep. Parts of the track were actually quite 1 lined, which was unusual for Lommel but it was a lot of 180 turns and stuff so I guess that was probably why.

On if we might see him at anymore MXGP events…

There was some talks of me going to the next round in Latvia this weekend, I was prepared to go and the team were desperate for me to go, I won’t go into detail but unfortunately there was a confusion in regards to transferring Tonus’ entries across for me to race with the Infront guys and I made the decision to not go.

I can’t fault the Hostettler Yamaha team at all, they were amazing, I felt totally at home with them all and wouldn’t question about taking an opportunity to ride for those guys again. The reason I won’t be doing anymore GPs at present was through no fault of there’s or mine, it just didn’t work out. I thoroughly enjoyed the weekend and would be open to giving another again should the opportunity come up.