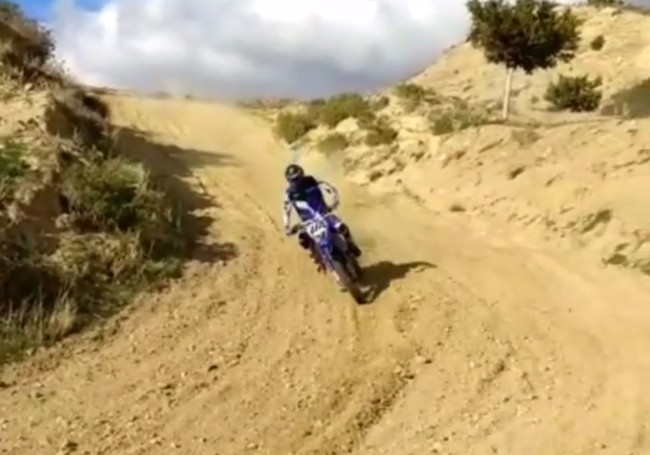 With the all the talk about Cairoli, Herlings, Gajser and even Max Anstie going into 2018, let’s not forget the 2015 MXGP world champ Romain Febvre.

The Frenchman is healthy again and on the 2018 Yamaha that he is apparently much happier with. An on-form Febvre with some good starts should an exciting prospect for the 2018 MXGP season!

Off Road media caught up with Febvre before the Italian championship starts this weekend.

Hello Romain, how they are going your workouts ahead of the first race of the year?
“I’m in Sardinia for a few days and as every year I’m getting ready to face the three races of the Italian International.”

You’re a veteran in this league now, what do you think?
“I know the International of Italy, are an increasingly hard-fought championship and also the tracks are familiar to me, except that of Noto, on which I have never raced. A Riola I raced in the past and I train every winter, instead Mantova is a World track, where I played the Grand Prix. It is an important to attend to prepare well and the slopes are excellent, challenging and very technical. “

You’ve already shot with the new bike? There are many changes from the old?
“Yes, the bike is completely new chassis, engine, chassis, everything is deeply renewed, so it’s a big change. We had the end of season test, ahead of Nations and then I had used this bike in the race to Matterley Basin. It is a big step forward compared to the previous year and I am very well. It’s very effective and now that we had more time to take tests, we found some really good adjustments. Now here in Sardinia, the work continues, without making changes, because we have developed all we had and that we are ready in race trim. “

So you will be among the protagonists of the series, as it is tempting the prize?
“The International is a series of high level because in addition to contend on excellent slopes have a leading park starters and competition is of great quality. Be prepared in this way is ideal and prizes if you win are very high, but for me it is a marginal aspect. Some riders prefer to participate in other races, where they perceive an important engagement and not come here where the money you have to them sweat, but I would prefer to prepare by participating in a league that can give you a lot and if you get money, so much the better. “

And you can see the Frenchman in action below:

@romainfebvre has been putting in the laps during the off season and is looking fast! #MXGP