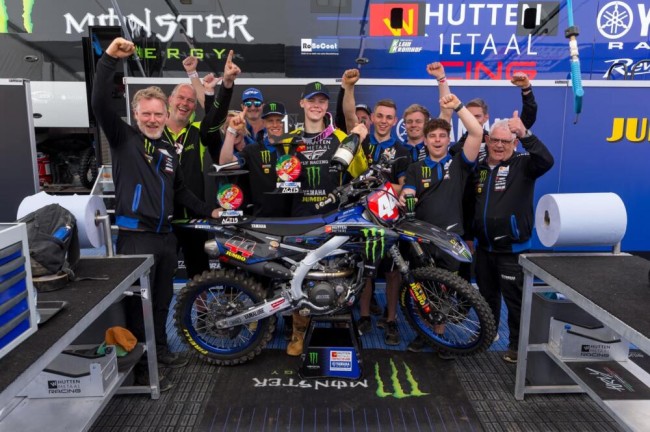 It’s been a great start to the EMX250 season for Rick Elzinga as he’s won the opening two rounds and Portugal he was very impressive taking the first 1-1 of his EMX250 career. The young Dutch rider was able to dominate moto one but in the second moto was able to ride well under pressure to keep championship rival, Tondel behind him.

The Hutten Metaal Yamaha rider will now head to Arco di Trento to experience racing the MX2 World Championship – the class he wants to race in the future so he’ll be looking to impress.

We caught up with Elzinga after Portugal to discuss the start of his season, the Hutten Metaal Yamaha team and more.

GateDrop: Rick, it’s the first 1-1 of your EMX250 career, it must feel great as that’s what you work to do and this weekend in Portugal couldn’t have gone much better!

Elzinga: It was a great race overall. Everything went well from start to finish and I had the flow and riding free as I do in training. I am really happy, in Mantova I was a little bit stiff because it was the first EMX250 round. Here was just perfect, the second moto was a bit harder, the track was made more for the two-stroke because they ripped it pretty deep and there was quite some lines. In the end I pulled off a 1-1 and it just feels great.

GateDrop: You won two very different moto’s, the first one looked pretty easy for you but in the second one you had Tondel was there the whole race until two or three laps to go so you showed you can win under pressure as well…

Elzinga: Yeah, you know I just kept trying to ride with good flow and hitting my lines. In the first moto I was a bit lucky with the start because the other front guys hit the gate but I was sharp enough not to hit the gate. I made my way to first pretty quickly, made a nice gap and just controlled it. I used as less energy as I could so I had enough for today and I needed it also (laughs).  Tondel was really close and I tried to not let him get closer than one second because then you can make a move at this track because of the long corners. I was pushing all moto and it showed my fitness is pretty good because I kept the lap times the whole race. It was awesome to finish the race up front and to finish it with a lot of pressure, it shows that I have matured a lot over the winter. It shows that the hard work we did has paid off.

GateDrop: I’m not sure if you’ve ever raced this track before but it’s back after two years, is it nice to be back and did you enjoy the track?

Elzinga: I was here in 2016 on my first year on the 125cc but I don’t really remember much of it. I was probably fighting for some points. I really enjoy riding here and I really like the crowd here, they really enjoy the racing and they are not just for the Portuguese guys, they just like big fights on the track and they were cheering me on even though I’m Dutch. I like that they just love racing and I could here them pretty well around the track. You know, it just feels great to win.

GateDrop: Obviously last year you had a good season in the EMX250 class and I know coming into this season your preference would have been to race MX2 but you didn’t get a ride… You signed with Hutten Metaal Yamaha instead and how is everything going with the team? You must be happy with how it’s all going?

Elzinga: I think this team is one of the best teams if you consider the programme they have for the riders. They really focus on the rider and I have been learning a lot about food, about recovery and a lot of stuff to make me as fit as possible. Here it is a learning curve all year long and I like this time because I think from the start of the season we can still keep on growing. Normally you stop a bit during the season because you are focused on racing and you stop growing but with this team, there is always something to do better. I think I can keep growing and I hope that I can end up in MX2 next year and be up there when it starts next season. 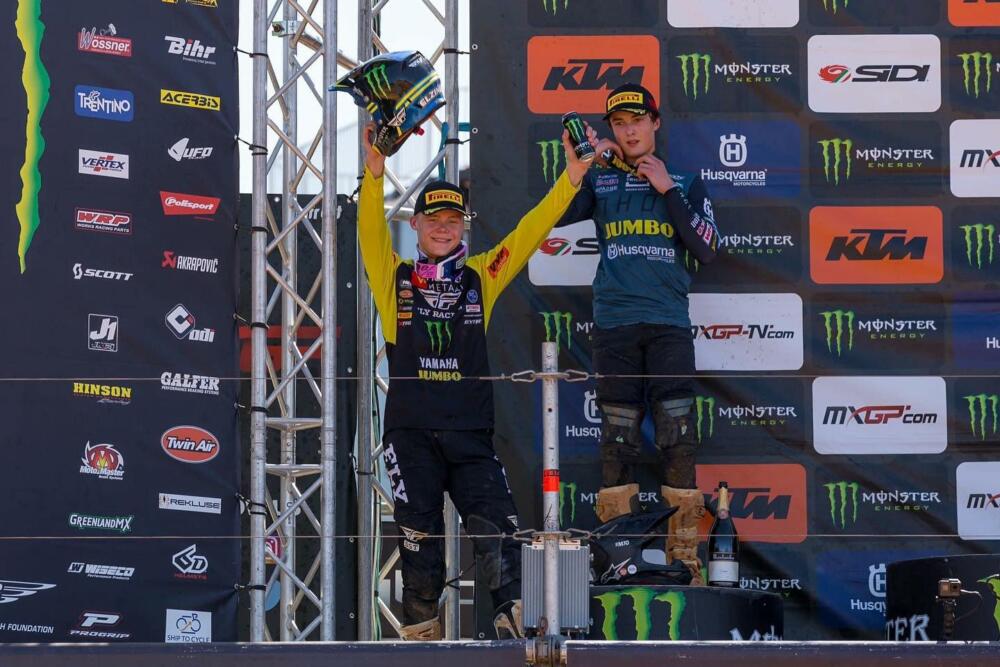 GateDrop: You are also getting coached by former GP rider, Herjan Brakke who I think does a great job. Have you ever had coaching like this before and what’s it like working with him?

Elzinga: I had coaches before but never this intensive let’s say. Even the little things, he thinks about everything and he really helps me but you have to give something back of course. He always says the energy you put in he will give you back. I think that he’s one of the best trainers if you consider the close up stuff and the small details. He’s also very motivated and emotionally attached to helping me win – if I crash or something, I think he might even feel worse than I do. It shows his heart for it and for the sport. I really trust him and love his mentality and aggression along with the motivation he has. We switch it back; he gives me motivation and I give it back so I think it’s good for us.

GateDrop: Next weekend I believe you’ll race the MX2 World Championship at Arco di Trento, are you in a tricky spot? You have the EMX250 red plate and everything is looking good but at the same time you want to do well in MX2… But you don’t want to push over the limit and crash which could hinder the EMX250 championship… A tricky spot?

Elzinga: I don’t really have any goals for next week. As long as I ride like I did today, or I do in training then it will be fine. I am sure that I can be up there doing what I do and then we will see where I’ll be at. You can’t really compare it to the EMX250 class because it’s different, but I am there to pick up some experience and ride like I do in training. There’s no pressure, I just want to have fun on the bike – that’s the most important thing, if you have fun you will do good so that’s the game-plan.