Interview: Mike Gwerder on stepping up to MX2 GP’s in 2023 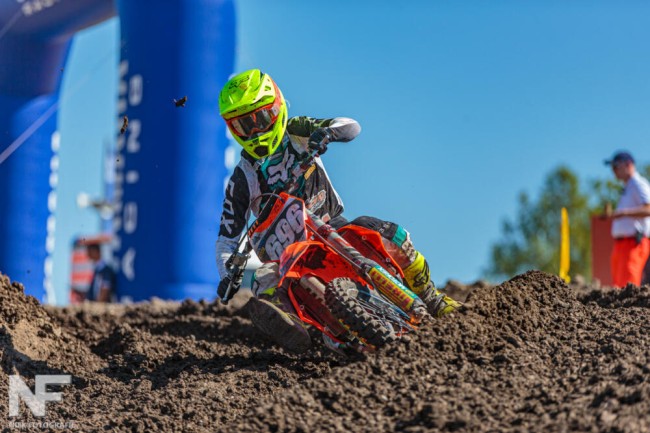 It’s recently been announced that young Swiss talent, Mike Gwerder will step up from the EMX250 class and race the MX2 World Championship (European rounds) in 2023 with the WZ KTM team. It’s a team that Gwerder is familiar with and even though results weren’t as expected in 2022 they have stuck with him to make the jump up to MX2.

We caught up with Gwerder to discuss his plans for the 2023 season.

Gwerder: I’ve no words needed for that. I‘m so happy to get a chance like that after such a difficult year… I‘m really thankful to everyone who made this happen.

GateDrop: On the 2022 season you had to deal with a few injuries and had so much bad luck, if there was a first corner crash you seemed to always involved so it was things out of your control. How frustrating was the 2022 season?

Gwerder: Not much to say about 2022, like I mentioned before it was one of my hardest years. A lot of bad luck with injuries and like you said my luck was somewhere else, I was involved a lot in crashes at the beginning of the races… I‘m really disappointed about that because I think we all know there could have been a lot more for me.

GateDrop: You must be very grateful to the WZ KTM team to give you the chance to race the 2023 season after an unlucky 2022 season?

Gwerder: Yes I can not thank the WZ, KTM, KTM Switzerland and some friend‘s enough that have been in the background. I will work my ass off to be my best version of myself. 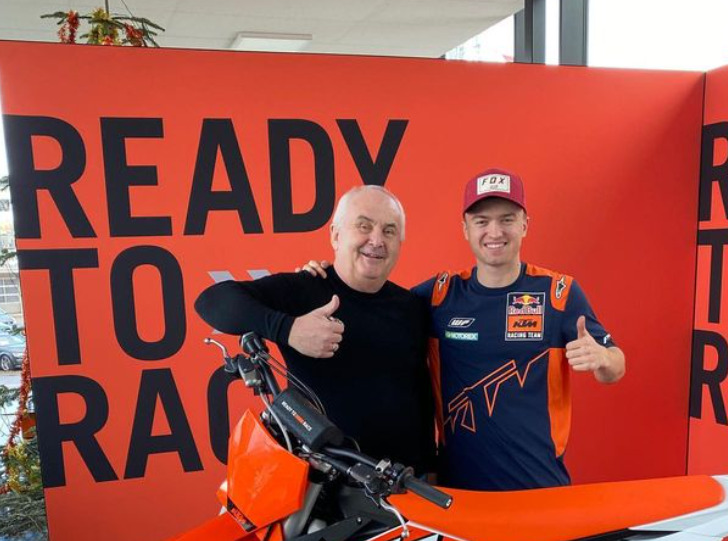 GateDrop: Heading into the 2023 season, will you change anything going into the season or will it be similar to the past?

Gwerder: It will not change much the structure and everything stay the same. The different thing is to start in the MX2 and will start the season with a different mindset. Ken de Dycker has joined the WZ KTM team as a trainer so I am looking forward to working with him.

GateDrop: You will have Oriol Oliver as a team mate, putting in the laps with him, do you think that will help you to prepare for the season?

Gwerder: For sure it will help, I think also for him. We have pretty similar speed I would and like that we can push each other a lot.

GateDrop: Just on the MX2 World Championship in 2023, what’s your goals/expectations for the season ahead?

Gwerder: My goal is to ride that good that I get some eyes on me at the end of the season to continue my career. Once again thank you so much to everyone who stand by my side and help to follow my dreams.