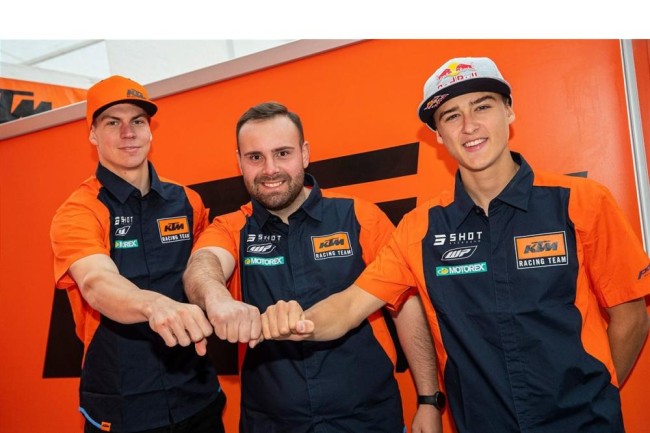 It was well known in the GP paddock at the start of last year that the Austrian’s would be making cuts for the 2022 season. However, there’s been less cuts made than first planned which is good news for Justin Amian who’s the team manager of the DIGA Procross team.

For the past two years, DIGA Procross have ran the Factory GasGas setup in the MX2 World Championship but they’ve made the switch to KTM machinery for the season ahead and will also run an MXGP rider for the first time after the signing of Thomas Kjer Olsen.

Liam Everts has also agreed a deal with the team for what will be his rookie year in the MX2 World Championship, we know he has lots of talent.

We caught up with Amian to discuss his team, goals for the 2022 season and more.

GateDrop: Justin, let’s go back to the start of the season when internally it was known the Austrians would be making cuts. At that time were you worried for the future that you might not get any factory backing?

Amian: After the first race in 2021, I already knew that things were going to change for 2022. We have already been working closely and loyally with the KTM Group for many years and I know that the factory and I have a good relationship basis with each other. As long as we do well as a team, in terms of marketing, representing the KTM Group and in terms of results, I don’t think there is anything to worry about. I see the issue realistically, if I as a team manager or we as a team do not meet the expectations, then we will fully accept and respect it if we no longer get a place as a factory team or factory supported team.

GateDrop: This season it was Simon Längenfelder’s first full year in the MX2 World Championship after injury last year and he impressed a lot! Where you happy with his season? Towards the end the results weren’t quite as good, do you think he suffered maybe from burn out?

Amian: We have worked with Simon for two years. Simon is still a young rider who has a lot to learn. I’m sure that in the position he’s in now, he’ll have a tough teacher who knows what he needs. With a 10th place overall in his first MX2 season it has already gone well for him, but in terms of talent he should be between 5 and 7 in all the GP’s. The future will show how Simon develops. We wish him all the best on his way and hope that he can exploit his full potential.

GateDrop: For Isak Gifting he had a big blow right before round one, just how bad was that injury? Towards the end of the season he started to run at the front again so you must have been happy with the way he ended the season?

Amian:  Isak broke his ankle in three places (comminuted fracture) four days before the first GP and also tore the inner ligament. For normal people, at least half the season would have been over, because they would have had to go to the hospital with such an injury to have surgery and then would have needed at least 6-8 weeks of rehab. What was strange was that Isak could walk almost normally and he hardly had any pain. To this day, however, I’m not sure if he wasn’t in hellish pain and he just didn’t tell me.

Knowing what he went through just before the season opener, we couldn’t expect him to perform the same way he did last year. However, Isak caught on after mid-season and made progress. His fitness level is always a good base insurance for him and in the last races Isak got better and better. The whole team is happy that we were able to pick up where we left off at the end of the year and have a good end to the season. 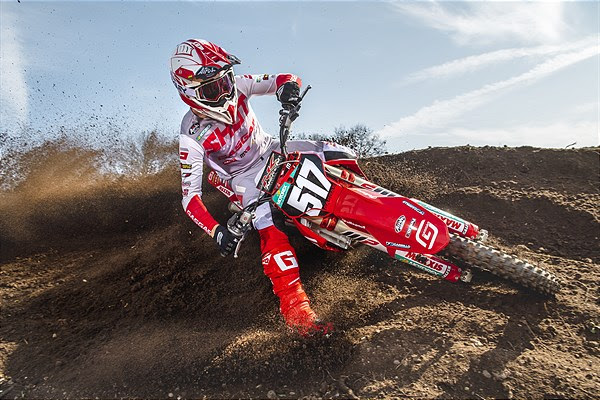 GateDrop: For the 2022 season, you will run one MXGP rider as well as one MX2 rider – you’ve fully focused on MX2 and EMX in the past so are you excited to have an MXGP rider in the form of Thomas Kjer Olsen and be present in the toughest class in the world?

Amian: In my opinion, in the future Factory Teams will compete as a team in the MXGP and MX2 class, as the RedBull KTM Factory Team has been doing for many years. We are happy to have the best rookie in the toughest class in the world under contract. TKO already had a very successful time in MX2 and his time in MXGP will also come. I firmly believe that he has the potential to be on the MXGP podium, the only question is how long it will take, but it will happen!

GateDrop: Running one rider in each class can be quite a risk because if one of the guys gets injured that’s one championship hindered, what’s the reason for running one in each class?

Amian:  Motocross is always an individual sport, you get no added benefit from focusing on 1 or 3 riders in a class. At the end of the day only the results of the individual count. Injuries are something we all have to deal with. Sometimes you win, sometimes you lose, after every corner there can be a new injury, it’s part of the game. You either like it or you hate it.

GateDrop: I believe in terms of the factory support you will get, you will run the 2021 Factory bikes? I also believe you’ll have the awning IceOne used the past few years which is impressive! Can you confirm that?

Amian:  We will start the season with the 2021 factory bikes. We have seen with Jeffrey, Toni and Tom that both the 450 and the 250 are always capable of winning a GP or a championship. We have a race-proven and promising package. Whether we switch to the 2022 model during the season remains to be seen.

For next season, in addition to a new bike, we will also have a slightly different set-up in the paddock. Let us surprise you.

GateDrop: Just on Thomas Kjer Olsen, he’s now had a rookie year in MXGP and history suggests he improves the longer he gets in a class, what are you expecting from him in 2022?

Amian: The top priority for us is to work well together. The next step is to give him everything he needs to feel comfortable in our team and on our bike. If we can give him a lot of confidence, then I think we have already done a good job together. We don’t want to judge by individual results in a moto whether the rider is good or bad, it’s always a combination of everything. The fact is that the top 10 in the MXGP class are damn fast. Top results are the goal, but we know that every detail has to be right. 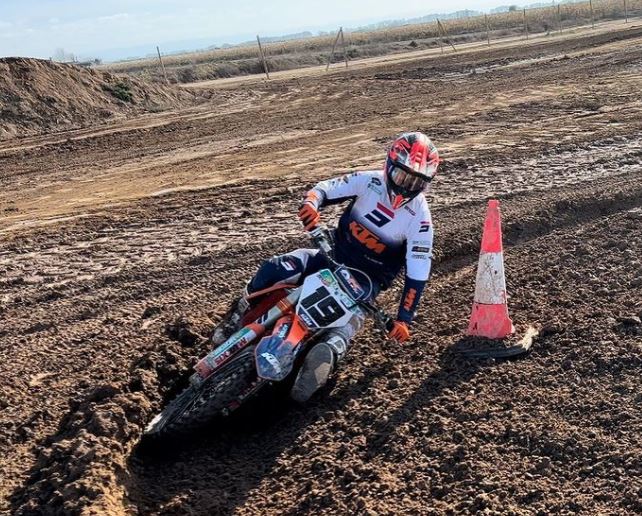 GateDrop: Liam Everts will have his rookie season in MX2 so in theory shouldn’t be under too much pressure but what do you expect from him next year?

Amian: Liam is one of the up-and-coming riders for the future, he is a great talent, we trust in him. I have seen many riders come and go in my team in the past, he is one of those who will do almost anything for their goal. Most riders want to make life easy for themselves in motocross, but he is different. He is a hard worker like Isak Gifting or Jermey Sydow. Liam is one of the youngest riders in the MX2 class and there is no pressure on him from our side. I’m not a fan of that and I don’t see the point in putting pressure on a rider. I think Liam can ride around 10th place, which will be a good start.

GateDrop: Will Stefan still be hugely involved with Liam or now he has secured an MX2 GP team, will he maybe take a step back?

Amian: Stefan will always be involved in Liam’s career as his father and will do what every father does for his son. Stefan is a perfect example of a great motocross career in the past, one of the few with a Wikipedia entry about motocross. We will find a good balance for Liam to make his progress. The team, Liam and Stefan, we all know what to do, we have the same goal, that’s the reason why we work well together! 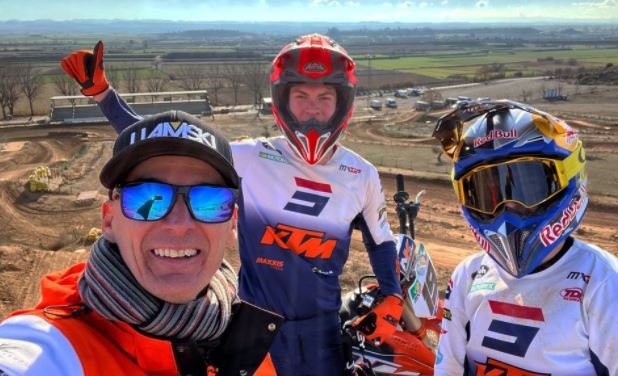 Amian: We would like to thank all, fans, partners, sponsors and organizers who make it possible to run the most awesome sport at this high level. We are looking forward to the 2022 season and hope that we can experience just as exciting races as in 2021, but in 2022 in front of full crowds!