Interview: Andrea Adamo on his impressive start to the season and factory ride aspirations 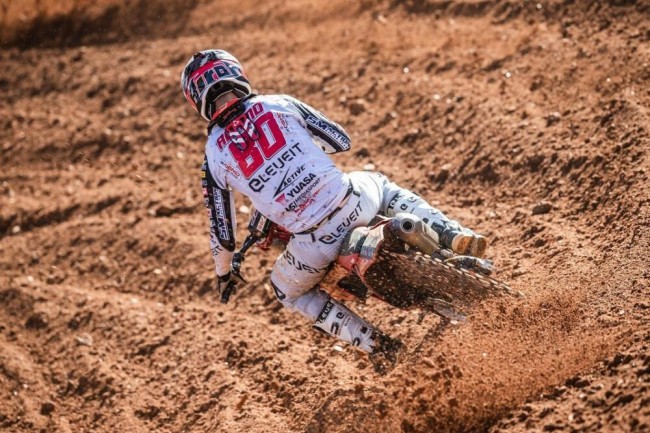 One of the most improved riders in the MX2 World Championship this season has to be Andrea Adamo. The young Italian who’s a former EMX150 champion has really stepped up this year and even stood on the podium for the first time at Mantova.

The SM-Action GasGas team have played a key role in helping Adamo reach the top of the World Championship and now they’re reaping the rewards.

We caught up with Adamo after Portugal to discuss his season so far and more.

GateDrop: Andrea, sixth overall at the fourth round of the MX2 World Championship – very solid. You must be happy with your day here in Portugal?

Adamo: Yes, I am quite happy. Just in the second moto I tried to pass Mikkel (Haarup) and made a small mistake crashing. I lost quite a lot of time and lost around three positions, so I finished seventh for sixth overall. It was quite a solid day, but we will now train hard this week to prepare for Arco di Trento.

GateDrop: You’ve made big strides this year, last year you were mostly 10-15 but you are a regular at the front this year, what’s it feel like to be battling up at the front?

Adamo: Yes, this year we are one more step up in front and almost all the moto’s we fight for the top five and that is the goal. We want to do better and better. We will see at the end of the championship how the season was for us.

GateDrop: Have you maybe surprised yourself a little bit this year? Even though you were solid last year between 10-15 you were still a bit off the top five…

Adamo: I surprised a lot at Mantova but not the other races. The other races was quite consistent and I worked for this during the winter so I’m not surprised. But for Mantova, yes!

GateDrop: This is your third year with the SM-Action team, Yamaha for a year and then GasGas last year and this year, how’s everything going for the team? You seem very comfortable…

Adamo: Yeah, for sure. We work really good and we continue this way.

GateDrop: Just on Mantova – it was unbelievable day for you. Just how did it feel to stand on the podium in MX2 for the first time?

Adamo: It’s what I work for. It was unbelievable and especially with it being at home, it made it even more amazing. For sure I work for it, and we will try at the next GP’s to do it again.

GateDrop: You are still only 18 years old, I actually thought you were a little bit older before that podium but you’ve got five years (counting this year) in the class so you should have a great future?

Adamo: I hope, I hope. We will see in the future.

GateDrop: This team is doing great for you and I’m sure you are happy here but at the end of the day the goal must be to try and get a factory team behind you?

Adamo: For sure, I am happy with this team, but you know, we will try to get a place in one of the factory teams. But this is early to think about it. Now we will think about this season and then we will see. 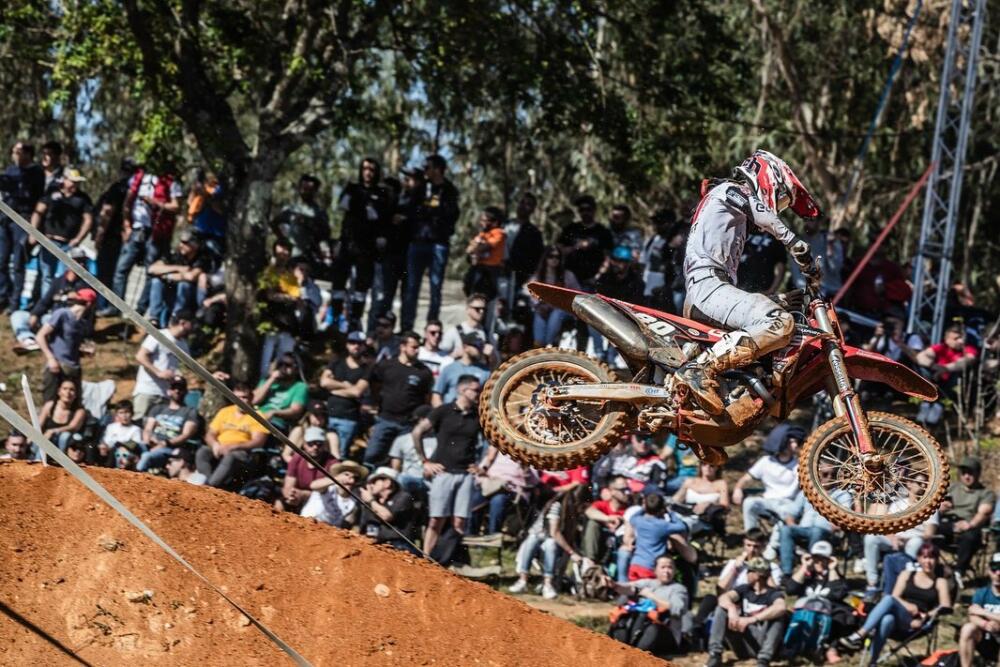 GateDrop: I’m not sure if you’ve ever raced here before but it’s back on the calendar since 2019, what was your thoughts on the track?

Adamo: I like a lot this track. There were quite a lot of bumps, but I liked the track. I’ve been here when I was racing the EMX150 class but the track was fun and it was nice to be back here again.