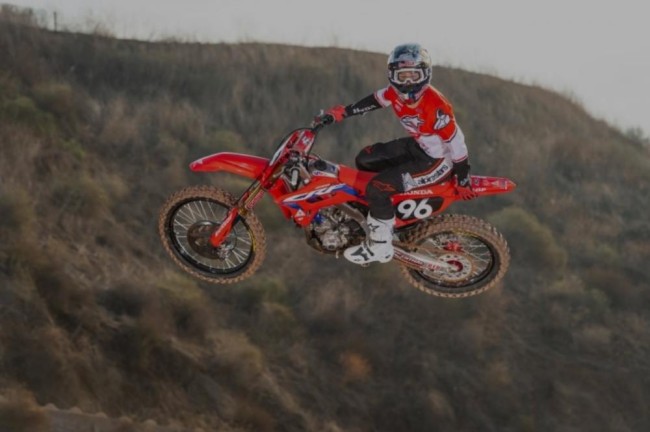 Hunter Lawrence who, in some ways, has been the B side of the family duo in the USA in contrast to being the A side in GPs, says he expects to contend for the West supercross title against the likes of Colt Nicholls, Christian Craig, Seth Hammaker, Jo Shimoda, Michael Mosiman and Pierce Brown.

But it is a last minute move to the West and getting to race the most prestigious race of the them all, A1, after Jett, who was originally down for the West Coast, had a big crash just a few days ago breaking some ribs.

“It’s probably not as interesting as people think,” said Hunter on the late switch in the pre-season press conference. “Me and Jett were both 100% and Jett made that little mistake and got hurt unfortunately, so yeah, why send a guy out at 85% when you have another one at 100%, it was an easy switch.

“I saw Jett crash and he really didn’t move, and I went over and seen if he was okay,” Lawrence explained. “It was Monday that the decision was made that he wasn’t feeling it and we would swap coasts. It”s not a massive difference for myself because I am ready and happy to race.

“I’m looking forward to a good season because I’ve had the whole offseason to train so that’s already a big difference for me,” said Lawrence. “I’m going there to fight for a championship, but I’m just taking it day by day, making sure I do everything I need to, day in day out, to put myself in the best chance to win the title.”

Hunter then talked about riding with Cooper Webb at the 83 compound: “We do our hard work, we have fun in between the sessions, talk smack. It’s good having Coop there, it’s just a good group of people. There’s things we do, like it’s more little things, obviously he’s a two-time supercross champ, so he’s not like, ‘oh damn, he did a triple-triple.’ It’s just little things like technique, it’s just super little stuff. At the level we are now, we are not looking for 10% we are looking for half a percent, 1% is a big find.”