How to watch Red Bud 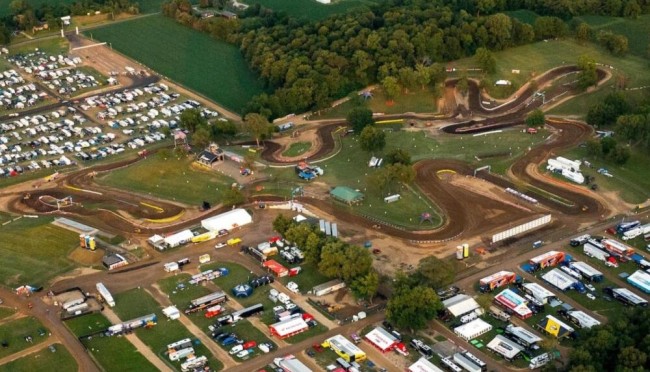 MORGANTOWN, W.Va. (July 1, 2022) – The 50th Anniversary of the Lucas Oil Pro Motocross Championship, sanctioned by AMA Pro Racing, will continue its one-of-a-kind Independence Day tradition as it returns to action for the fifth round of the 2022 season. Michigan’s famed RedBud MX will host one of the sport’s most storied traditions at the KTM RedBud National, as American motocross’ celebration of the summer’s biggest holiday will commence on Saturday, July 2, with live broadcast coverage on MAVTV Motorsports Network and NBC Television Network in addition to live streaming on the new “MAVTV on FloRacing” channel, Peacock, and MAVTV Plus.

For the second time this summer “The G.O.A.T.” Ricky Carmichael will bring his wealth of expertise as the sport’s most successful athlete into the broadcast booth, joining host and lead commentator Jason Weigandt as All-Star Analyst. No rider achieved more in the Lucas Oil Pro Motocross Championship than Carmichael, who amassed 10 consecutive championships and 102 career wins. The Florida native set an unprecedented standard for the sport that will likely never be duplicated and left a lasting impact on how riders approach their craft, which now serves as a foundation for success for the modern era of motocross athletes.

Domestic coverage of the KTM RedBud National in the United States will be anchored by live network coverage of the first motos of the 450 Class and 250 Class on MAVTV Motorsports Network, beginning at 10 a.m. PT / 1 p.m. ET. An exclusive live telecast of the second 450 Class moto on NBC Television Network will follow at 12 p.m. PT / 3 p.m. ET, while the final 250 Class moto can be seen live on MAVTV at 1 p.m. PT / 4 p.m. ET. Live streaming coverage will begin with the first set of motos on the new “MAVTV on FloRacing” channel and MAVTV Plus at 10 a.m. PT / 1 p.m. ET, while Peacock will carry live streaming of the second 450 Class moto at 12 p.m. PT / 3 p.m. ET. The final 250 Class moto and an encore presentation of the second 450 Class moto will be streamed on FloRacing and MAVTV Plus at 1 p.m. PT / 4 p.m. ET. Coverage of qualifying will also be streamed live on FloRacing and MAVTV Plus, with additional viewing available through the @AmericanMotocross YouTube channel, beginning at 7 a.m. PT / 10 a.m. ET.