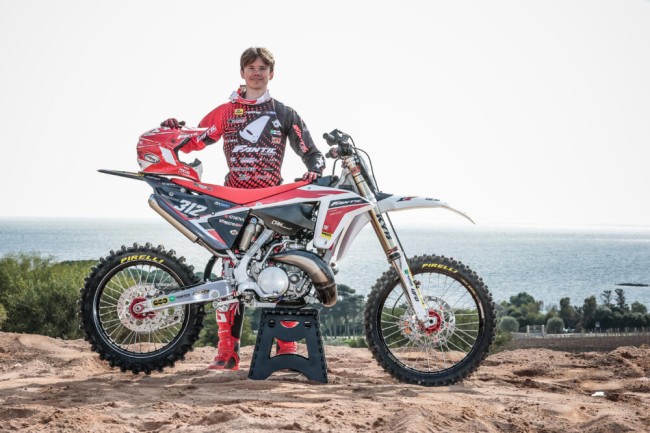 Going into the 2023 season, Håkon Østerhagen would have been one of the EMX250 title contenders but his team have revealed the young Norwegian has picked up an injury.

“Unfortunately our strong rider Håkon Østerhagen yesterday suffered a bad injury and he will be forced to stay out from racing for some time. We wish to Hakon a fast recovery and to see him as soon as possible in the first step of the podium in 2023”, the Maddii Fantic team revealed on social media.

We believe the injury is a broken femur which will require a long recovery time. The opening round of the EMX250 series takes place at Arco Di Trento during the 15th and 16th of April so it’s likely he’ll miss the start of the season.

The Fantic team will have Cas Valk and Alexis Fueri contesting the EMX250 series in what will be their rookie season’s in the class.