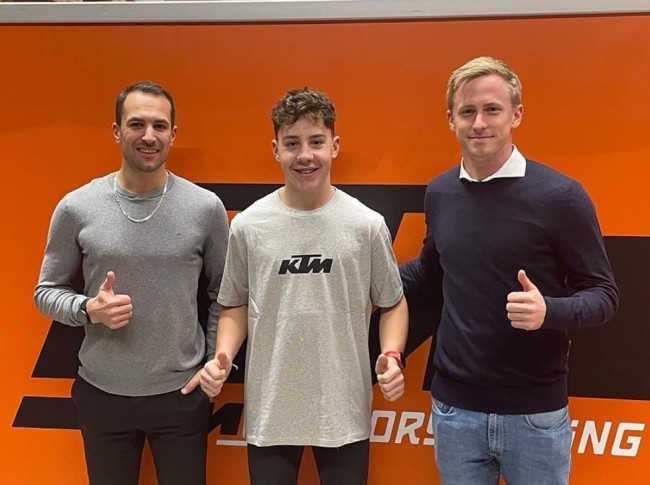 After the disappointment from six weeks ago, we have positive news over the future of Gyan Doensen. The talented rider from Swalmen in the Netherlands has signed an agreement with KTM Austria and WZ Racing to compete in the EMX125 Series, ADAC Youngster Cup and Dutch Masters of Motocross.

Doensen has had a successful season in the 85 class this year. He managed to win the world title and the Dutch Masters title. He finished runner up in the EMX85 class and became third in the ADAC 85 Cup. With the support of KTM and WZ Racing he is able to continue in a professional way in 2023.

Gyan Doensen: ‘’I’m really happy that everything has sorted out in this way. We came in a difficult situation but I would like to thank the Husqvarna SKS Racing NL Team and the KNMV for everything they have done for me. We have achieved a lot together and I will never forget that. I will start a new chapter now and I have a really good feeling with KTM and WZ Racing. I’m looking forward to start my preparation for the 2023 and we will try to gain as much experience as possible.’’

Doensen will travel to Spain next week to do his first winters preparation.