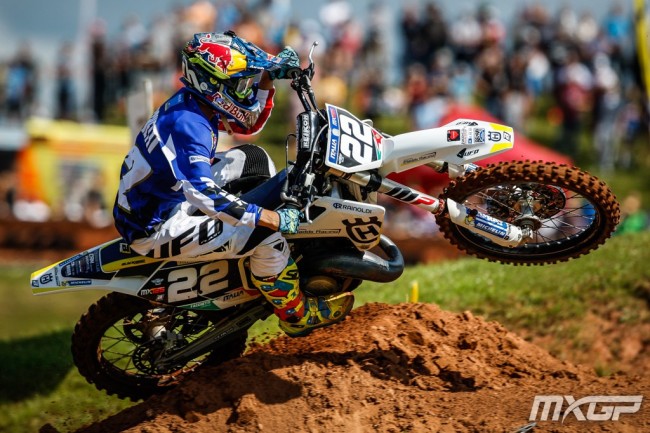 At the age of 22, Gianluca Facchetti has decided to step away from professional motocross. The Italian won the FIM 125cc Junior World Championship in 2017. A special achievement after he was seriously injured in a car accident in 2015.

After a season at Hutten Metaal Yamaha Racing (2020), Facchetti made the switch to the World Championship with Beddini KTM. After a high speed crash at Argentina early in the season it ruled him out for the rest of the season.

I became passionate about this sport by chance, seeing my older brother ride a motorcycle. Driven by the desire to get into the saddle and get myself into the game I started in 2009 with mini crosses. Right away I realized that my abilities would allow me to achieve great successes and go far, so I chose to live because of that passion.

The first great achievements came in 2010 when I entered the blue shirt. It was an honor for me to represent the Italian national team and to win in those years. In 2013 at the age of only 13, I joined the Suzuki team, I realized that thanks to their stimulus I can achieve new goals, in fact in 2015 I joined the official team of the great Claudio de Carli and of my id Who’s got a new one? Antonio Cairoli. Motocross is a sport that requires a lot of consistency, a lot of physical training, it requires to be disciplined like soldiers, it requires a lot of effort and a lot of sacrifices that I have always done motivated by a big dream.

In 2015 unfortunately I was a victim of a serious accident that endangered my life and career…
Despite that, I didn’t give up and after a very hard and demoralizing period for me, also thanks to the support of my family, I decided not to give up and not give up. In 2016 I finally got back on track and my grit allowed me to achieve very important goals that until then were unattainable for me, in fact in 2017 I start working with Maddi a great pillar of motocross and Together with Marco and Corrado I manage to do a great thing working, winning the world championships.

It was the best year of my life, I got so many victories, it was my stepping stone to 2018 where I got a lot of satisfaction with the 250 still achieving great results. In 2019/20 I become part of the Yamaha family, but unfortunately during that time I had a series of physical complications that put my career to the test following that nasty accident. I tried to cope even this bad time and in 2021 I will launch in the mx2 world championship, achieving some small goals.

Shortly after the start of this year in Argentina at the start of the second round following a contact with another rider I got injured again and from there everything was very difficult and I had to stop. Despite great determination, willpower, persistence and efforts, sometimes it is necessary to listen to your own physique, unfortunately I realized that it is necessary for me to pause this beautiful chapter of my life, never giving up.

I wanted to thank you for all the support you have given me these years, for the warmth you send me daily and for how much you believe in me. I love the bike I’m still very hungry and whatever the future holds I’ll never change my attitude and always give 200% Don’t worry, I’ll update you on this new adventure of mine and we’ll write many more exciting pages of this new chapter together. Thank you so much to everyone.