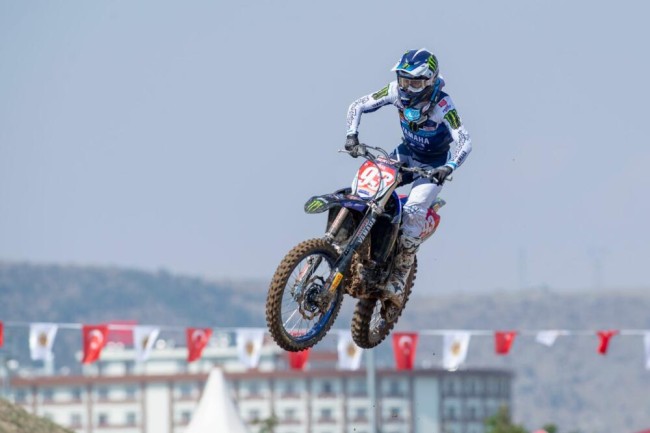 Jago Geerts says it’s a bitter pill to swallow to lose the MX2 world title at the end of the season especially under the circumstances of Vialle crashing leaving Jago nowhere to go in the final moto of a captivating MX2 world championship.

Geerts said: “Honestly, I’m very disappointed. I really can’t believe my luck. I felt good on the track today and gave everything. In the first race I missed the start a little bit and then had a little crash, but still finished second. In the second race, I was just really unlucky with Tom crashing right in front of me and I could not avoid his bike. It cost me a lot of time, and then I had to push so hard to come back that I fell again, and from there it was game-over.”

“I would rather go home immediately now and relax. But losing is also part of the sport and do you want to know how I feel? It’s a sour pill to swallow when you know you are the fastest rider on the track and the decision comes only in the last laps. Second for the third time in the World Championship MX2. Thanks to all of you for your support.”