Febvre IN for Hawkstone 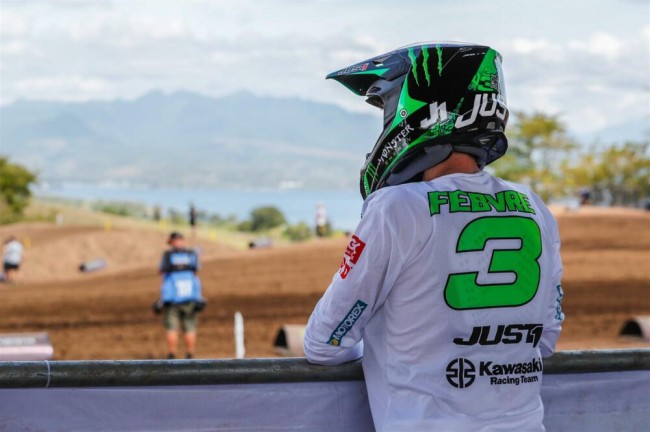 Salop Motor Club are over the moon to announce that former World Champion Romain Febvre will make his debut appearance at the ASHBROOK Hawkstone International on the 26th February 2023 with the Kawasaki Racing Team MXGP.

This has taken many months to sort out and we cannot wait to see him race at the historic track alongside the likes of Jeffrey Herlings, Shaun Simpson, Brent Van Doninck, Harri Kullas, Glenn Coldenhoff, Adam Sterry and many more in MX1.

Joining them in MX2 will be riders such as Kay Karssemakers, Dylan Walsh, Jake Millward, Isak Gifting and plenty of others.

We are excited to see Febvre racing in the UK at Hawkstone Park and we are sure it will be extremely entertaining for the large crowd expected. Tickets are £40 on the gate for adults, £5 kids 5 – 15, camping is £40 per pitch for Saturday evening only. (cash on the gate only, there will be cash machines next to the ticket booths so please remember a physical card) – prices includes free access to the riders paddock, free parking and a programme.

Romain Febvre – “This will be the first time I have been to Hawkstone. When I was asked if I would like to ride at the event by Guy from the Salop Motor Club I was happy to accept the invitation. I watched some of the livestream from the race in 2022 so I have a good idea of what to expect.

My team manager Antti Pyrhonen has been to Hawkstone many times and has said what a good event it is and it will be a good workout for me and the Kawasaki Racing Team MXGP. I always look forward to racing at new tracks and people tell me that Hawkstone is one of the best, plus the British fans are always really enthusiastic. I hope to see you there!”

Gary Ford – SMC – “We are delighted to announce that former World Champion Romain Febvre will be coming to Hawkstone for the first time. Thanks must go to our club representative Guy Evans who lives in Belgium for meeting up with Romain to discuss his participation in the event. The International is really taking shape now and the entry list is getting better every week. Hopefully everyone will be excited to see Romain tackle Hawkstone and to see how he performs on the sandy circuit.”

There are a small amount of spaces left in the EMX125 class and the MX2 class – Gary Ford ford542@btinternet.com.