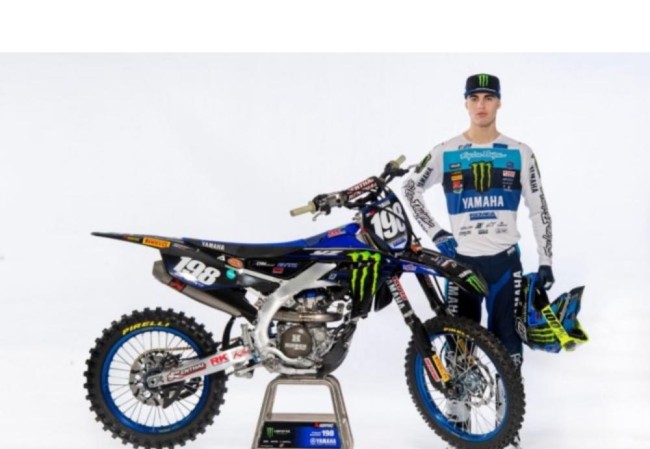 The European motocross season will kick off in Riola Sardo, on Sunday. Two riders of the Monster Energy Yamaha Factory MX2 Team will be present in Sardinia: Jago Geerts (20) and Maxime Renaux (20). Thibault Benistant (18) won’t start because of a broken collarbone.

The Monster Energy Yamaha Factory MX2 Team had a makeover during the winter and looks stronger than ever. Jago Geerts (vice world champion MX2 in 2020) is still aboard and will spearhead the squad this season. Back in the team: Maxime Renaux (third in MX2 in 2020), who already raced for Hans Corvers his team back in 2015, when he clinched the FIM junior world title 125cc. Third and completely new rider in the team: Thibault Benistant, last years European champion 250cc.

Early start
With the world championship already been postponed until May 23, due of covid, the race in Riola Sardo comes pretty early in the season. Team manager Marnicq Bervoets: “I was hoping that they would postpone the preseason races in Italy too, but they didn’t. We will race in Riola Sardo (28/2), Alghero (7/3) and maybe Mantova (14/3). After those Italian races there is a gap until Lacapelle (25/4), which makes it very difficult for the riders to prepare their season. They shouldn’t be in shape too early either.”
Geerts and Renaux will ride their YZ250FM in Riola on Sunday. No Benistant in action at the first round of the Internazionali d’Italia in Sardinia. The Frenchman crashed during the warm-up lap of his training in Riola Sardo two weeks ago and broke his collarbone. Bervoets: “A bummer. But if it had to happen, better now than during the world championship. Thibault had surgery in France and if everything goes as planned, he will be back on the bike mid-March.”

World title
With Geerts, Renaux and Benistant the Monster Energy Yamaha Factory MX2 Team has an exciting three-rider line-up, with only one goal in 2021: the world title.