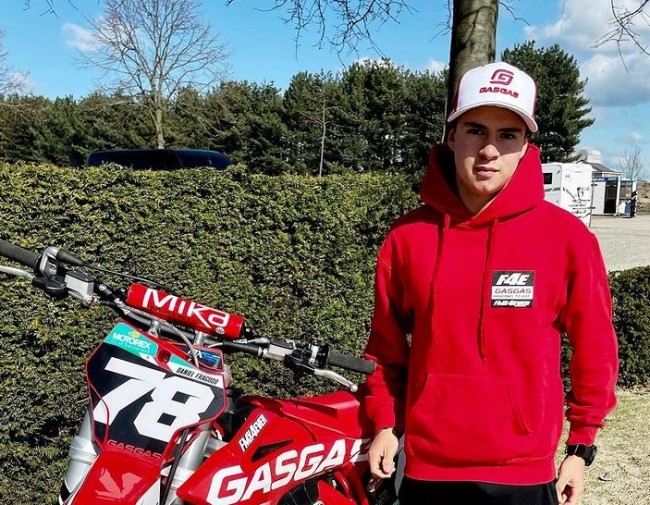 The F4E GasGas team have signed up an EMX125 rider for the 2021 season after inking a deal with Mexican rider, Daniel Fragoso.

Fragoso has experience racing the 125cc and even the 250cc but for the 2021 season he has an exciting opportunity to race the EMX125 series against some of the best young talents in the world.

His achievements so far are three Mexican National championship titles and in the Latin American series he finished runner up twice!

The Mexican will join up with his two EMX250 team mates Mario Lucas-Sanz and Guillem Farres Plaza who he will hope to learn from.

“I raced 3 years for KTM MEXICO and my boss over there is a very enthusiastic executive. He was a racer and raced Enduro in Europe for Husqvarna.He is always looking for this type of challenge and he saw something in me; so he came to my family and myself and put the idea in front of us. For sure we jumped in immediately, this has been a dream of mine since I was a little kid. The expectations for the EMX125 series is first to get in the races then we are going to try to get as many points as possible”, Fragoso told GateDrop.com.