Evgeny Bobryshev: Had an offer from Beta 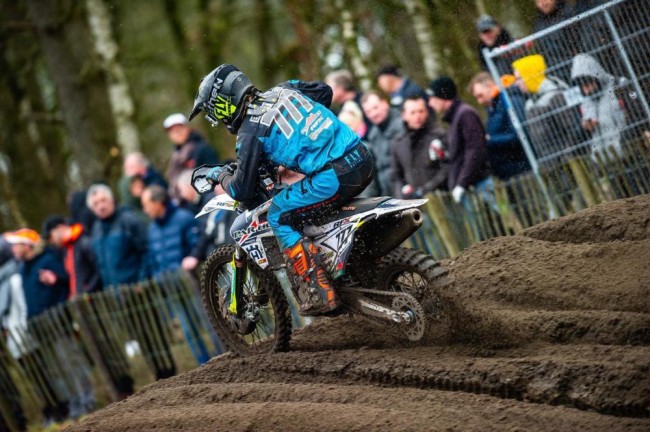 We recently reported that experienced Russian talent, Evgeny Bobryshev has an uncertain future (article here). Geoff Meyer from MXLarge recently caught up with Bobryshev and confirmed he hasn’t currently got a ride.

Bobryshev confirmed that he had an offer to sign with SDM-Corse Factory Beta where he’d have partnered Jeremy Van Horebeek but he decided to decline because it wasn’t the right offer.

“You know, I had an offer from BETA racing, but it was such a funny offer, just like, you risk so much and they put on the table an offer and I think to myself, no chance I do that. I can better stay home than race for that offer. There are guys who are happy to ride for nothing, the younger guys, but I am not a young guy, I don’t ride for nothing anymore. Some riders are happy to just get a bike and try and progress that way. It is a different time for me now”, Bobryshev told MXLarge.

The Russian did confirm he has offers to race the ADAC MX Masters championship and has even spoken to teams in America. As the American teams are now focusing on the Supercross series which kicks off next weekend, he hasn’t got a final answer but he’d be interesting in race the AMA Nationals if it’s possible.

“No, I am not interested in the Dutch teams, just Germany, because you can make good money over there you know. England, I didn’t look, but I am looking at doing the AMA Nationals, that is also a possibility. At the moment all the teams are concentrating on the supercross, but that is for later. I might know more in February or something”, added Bobryshev.

One thing that looks unlikely is that Bobryshev will be a full time MXGP World Championship rider in 2021. But perhaps if he ends up racing the ADAC MX Masters he could end up contesting selected rounds if he doesn’t end up in America.

You can read the full interview with Bobryshev, here.