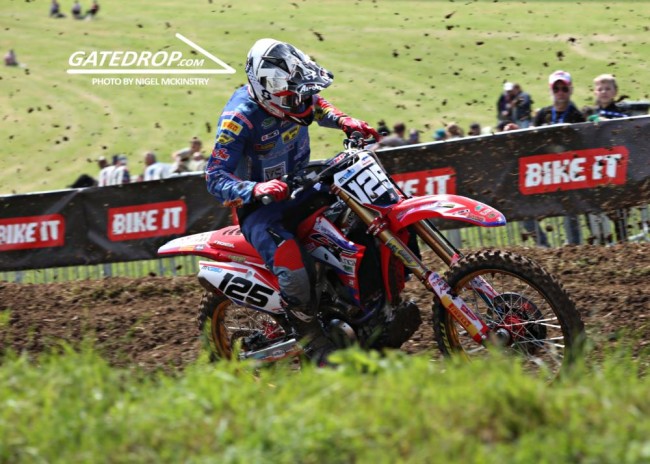 The second round of the 250 European Championship was held in Oss in the Netherlands, a track with a sandy bottom where no GP has been raced since 1998.

Emil Weckman in free practice was immediately at ease as he set the ninth quickest time and everything was looking positive for a good qualifying.

In the first lap of qualifying, Emil crashed violently, hitting his back, the Finnish driver was rescued and taken to the mobile clinic for checks. Weckman after the clinical examinations reported the fracture of the 5th and 6th lumbar vertebrae, fortunately without involvement of the spinal cord.

The Finnish rider will have to sit still for a month before being able to get back on the bike.

Alfredo Bevilacqua (team manager): “We are very sorry for Emil’s injury, fortunately the rupture of the two vertebrae is not serious and he will have to rest for a month before being able to get back on the bike. Weckman was doing very well and here in the Netherlands too he was proving his worth. The whole team is close to Emil in this difficult moment but we are sure that he will come back even stronger and more motivated.