Eli Tomac on taking time to be a 450 SX champ 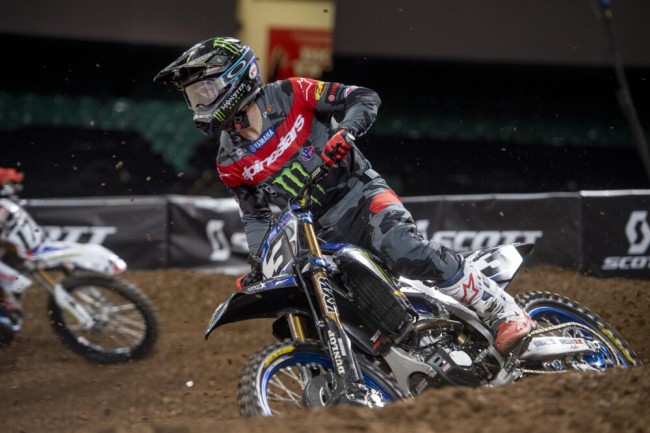 Eli Tomac gave us an honest assessment of the struggles to be 450 supercross champion despite being the fastest in the field in his early seasons in the class. Tomac was in danger of becoming one of the fastest to never win the premier series in America, after losing titles to Ryan Dungey despite being faster and having more wins than the ultra-consistent Dungey. Tomac candidly admitted to us it was a mental issue with pressure that he had to go through in order to understand how to win the title.

Now, with two 450 titles and winning a down-to-the-wire 450 outdoor series in 2022, there is no doubts about Eli Tomac under pressure- he has worked out how to deliver.

Eli told us: “It was a high-pressure situation; I can think of just a couple of races – I had one crash in the middle of the season and one at the end. So, you have so many thoughts going through your head it just takes time. I mean, some guys can do it straight away but for me it took to go through that moment to go through it the next time.”

On if he expected to achieve the status he has now as one of the best US racers ever, as a 17 year-old after his debut win at Hangtown, Eli said: “It was a dream but accomplishing the 450 championships…I don’t know, I always chased it, so, it’s hard to say I didn’t think it wasn’t realistic, but you just keep chasing it and I happened to get there.”