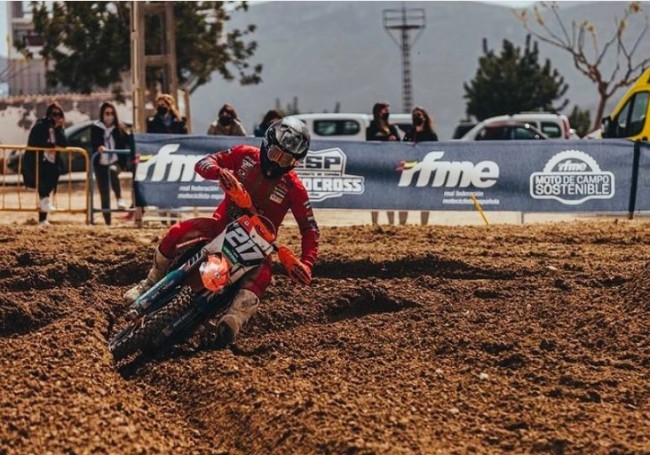 Young British talent, Eddie Jay Wade got back to racing at the weekend as he decided to enter the second round of the Spanish Championship and he showed good speed.

There’s never been any doubt about his talent but staying injury free has been his main problem – he’ll be hoping to do just that in 2021 and show just what he’s capable of as he prepares for the EMX250 series.

Jay Wade was happy with his speed at his first race of the year but knows what he needs to work on to improve further.

“This weekend was the first one back racing, and I managed to go 4th in qualifying, even if I know I could have done better. During the qualifying race, I got the holeshot and was able to lead for a couple of laps but I got passed and finished second”.

“On the second day, I didn’t get the starts I wanted and I also made some mistakes. In the first race, a rider fell in front of me and I fell off with him and got back in second place. During Race 2, I did a very good start and fell off also in the second lap. That made it hard work for me but came back 4th in that race, and managed to get 3rd overall. I am very happy with my speed and just need to work on a couple of things”, Jay Wade stated on his weekend.

You can see the incident between Jay Wade and Farres Plaza below: