Dylan Wright commits his future to racing in Canada 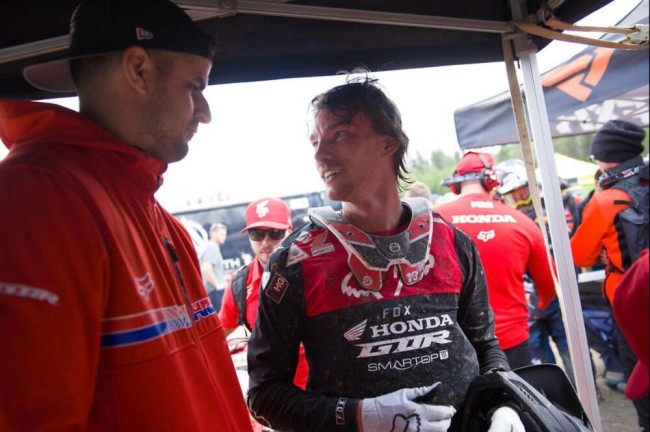 In 2021, Dylan Wright ended the season racing the MXGP World Championship with a view to potentially securing a ride in the future. Whilst the Canadian did impress, he still had a contract to fulfil racing in Candida this year which he has decided to renew.

After the MXoN Wright picked up a double ACL injury in his knee and is still recovering. It has been confirmed that Wright will be staying with the GDR Honda team to focus on racing in Canada for the next three years so it’s unlikely we will see him race a full MXGP World Championship.

The team have stated though that they will be giving him the opportunity to compete internationally when schedules permit so we could see him in the MXGP or AMA National paddock as a wildcard which would be great to see.

“He’s back…..! We are extremely excited to announce the Dylan Wright Motocross has signed a multi-year contract extension at Honda Canada GDR Fox Racing! Dylan has been with the team for 6 seasons and his new deal will carry him through seasons 7, 8 and 9. Not only has Dylan shown that he is a force to be reckoned with on the track but one of the most down to earth people you will meet off of the track! Here is a quick look at Dylan’s stats so far at GDR Honda:

We are committed to Dylan adding more Canadian Championships to his mantle and going after a 6th straight 450 championship for the team. But also to giving him the opportunity to compete internationally when schedules permit allowing him to showcase himself against the worlds best”, the GDR Honda team stated on social media.

“I am super happy to announce that I have signed a multi-year contract extension with the Honda Canada GDR Fox Racing team. Can’t wait to continue to build with the team, not only as a rider but in everyday life. The team has become more than just a team, they have become family”, Wright stated on social media.