DIGA Academy to focus on youth support in Motocross 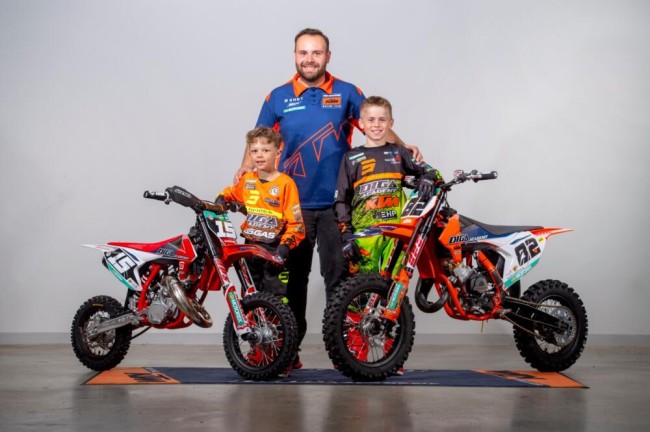 The “DIGA Academy” is an academy founded by Justin Amian, which specializes in supporting young motocross athletes and their families.

Over the past few years, initiator Justin Amian, who is also manager and owner of the DIGA Procross Racing Team, has been able to build up a large network in the motocross business and has worldwide contacts with motorcycle manufacturers, accessory suppliers, teams and officials.

With the new project “DIGA Academy” Justin Amian has written the youth promotion on the flag and supports a limited number of young athletes and their families with his years of know-how and contacts to the best of his ability.

Justin Amian: “After many years in the professional MX business, I am looking forward to becoming active again in youth development with the DIGA Academy. I myself used to look up to the big MXGP teams as a hobby rider and would have been happy to be able to draw on such a wealth of experience. Today I find myself in the fortunate position of having built up my own immense wealth of experience over the last few years, together with my closest team. Now it is time to use this wealth of experience and pass it on to selected and talented young athletes and their families in a targeted manner.”

The DIGA Academy would like to thank the numerous partners who actively support the project “DIGA Academy” and the promotion of youth and drive it forward.

In the 2022 season, 10-year-old Jamiro Peters on his KTM SX 65 and 7-year-old Matteo Bauten on his GASGAS MC50 will compete on behalf of the DIGA Academy.

Jamiro Peters, who already has a number of successes (see here) to his name in his still very young career, will compete in the 2022 season at the EMX65 European Championship, the ONK65 in the Netherlands and at the German 65cc Championship to fight for the trophies.

Jamiro Peters: “I am very happy and grateful to be an athlete of the DIGA Academy and to be supported by such a professional environment at such a young age. I’m really looking forward to the season and will do my best to win as many trophies as possible for myself and DIGA Academy.”

Alongside Jamiro Peters, Matteo Bauten will compete in various local 50cc championships and the European Junior E-Motocross series under the DIGA Academy banner.

Matteo Bauten: “I am happy to have the opportunity to compete as a DIGA Academy athlete, together with my friend Jamiro, from whom I can still learn a lot, and I would like to thank Justin Amian and the DIGA Academy for this. Spending time together at the races and training is the best thing for me and of course my dream is to become world champion one day.”

The DIGA Academy would like to thank the numerous partners who actively support the “DIGA Academy” project and the promotion of young people and help to push it forward.