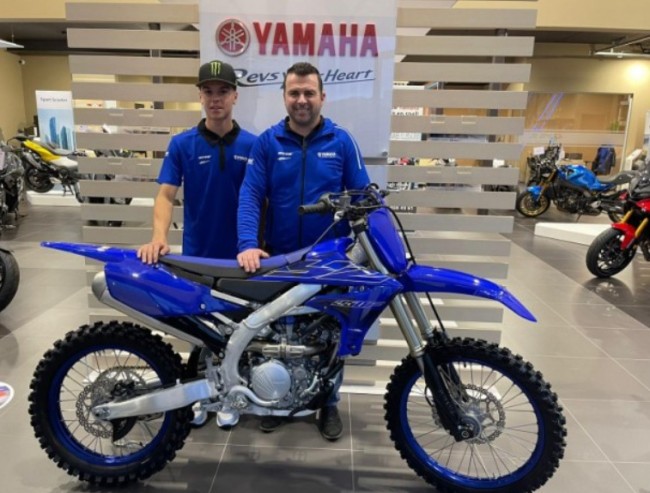 The De Beats Yamaha team are pleased to announce that for the 2023 season Bradley Mesters will race for the team. 15 year old, Mesters will contest complete program on the Yamaha YZ250F in the EMX250 series and the Dutch Masters of Motocross for the new De Baets Yamaha team.

Last season Mesters already made the switch to the 250cc four-stroke, and after an educational season in the Open Dutch Championship and the ADAC Youngster Cup, it is time for the next step. Preparations for the 2023 Yamaha YZ250F have already started, and Bradley feels very much at home on the HMX-prepped machine.

Mesters: It’s a fantastic opportunity to gain experience at this level in the professional environment of the De Baets Yamaha team. I am therefore grateful for the trust and support. Without the help of Danny de Baets and all other partners and sponsors it would be impossible to measure and prove myself at this level. I am therefore looking forward to the start of the new season with a lot of sense and healthy excitement.

In addition to the full European Championship 250cc and the Dutch Masters of Motocross, selected races of the MX2 World Championship will be entered to further shape the season.

The team who are brand new for the 2022 season have already confirmed Benoit Paturel who will race the MXGP World Championship.