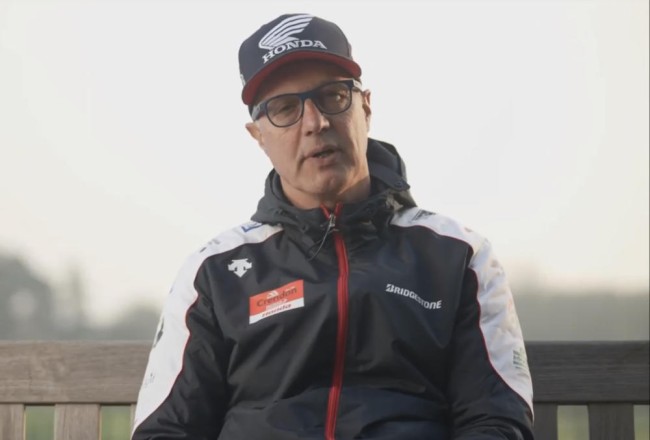 Crendon Honda boss, Dave Thorpe, has given his backing to Gareth Hockey and RHL Activites as the new promoter of the British championship and feels they can help bring the series back to being the best National championship is Europe.

“I was always a big advocate of Gareth Hockey taking on the series,” Thorpe told us in a recent interview. “I felt the time had come for it to be put to tender if you like. Gareth has been around the beach race, schoolboy racing, all sort of racing for many years and he has got a good group of people behind him to make it work.

“I was really pleased the ACU had gone down that road, and you see now there is a new sponsor on-board with Revo which I think is fantastic. Whilst they run a rival team to us, the fact they are a big company and putting money back into the sport I think is really good. We need money back in the sport to try and get it to grow, to try and get it where we all feel quite comfortable to sell it to our sponsors. So, I am very optimistic that the British championship will start to climb out of where we were and then maybe it will give the riders and team more opportunity to get more sponsorship from outside the sport.

The idea of having it on the internet are forward thinking idea. I’ve seen the calendar and it’s a pretty good calendar, maybe a little bit disappointed we didn’t go to a few new tracks but I understand their restrictions, it’s not quite as straight forward as that. Maybe in the future we will get to some different tracks because I think otherwise the riders and the teams and the fans get a little bit stale but it going in the right direction and I think if all the teams get right behind it the British championship should get back to being the best championship in Europe.”

The eight-round British championship will get underway at the start of May. For more on watching the 2021 series online go here.