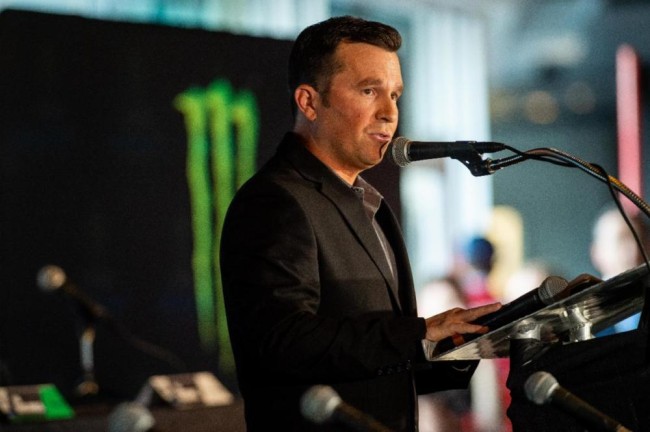 Daniel Blair who does a great job as Supercross Live host and trackside reporter, will upgraded to lead commentator alongside analyst Ricky Carmichael this weekend at Salt Lake City. Articulate and informative, Blair is also a former pro rider and should be a great addition this weekend to the broadcast as will Jeff Emig and James Stewart’s former mechanic and former JGR team manager, Jeremy Albrecht, as trackside reporter.

See the press release below:

STAMFORD, Conn. – April 21, 2021 – The 2021 Monster Energy Supercross season continues this Saturday, April 24 with Round 16 from Rice-Eccles Stadium in Salt Lake City, Utah, live at 7 p.m. ET on NBCSN. Saturday kicks off a two-week residency in Salt Lake City with the season finale Round 17 taking place Saturday, May 1 at 10 p.m. ET.

Host, Daniel Blair joins Ricky Carmichael in the booth for the play by play of Round 16.
Broadcast Team

Peacock Premium, the new streaming home of Supercross, provides live and commercial-free coverage of qualifiers and races as well as on-demand replays.