Cyril Genot to contest the MXGP of Belgium – No expectations 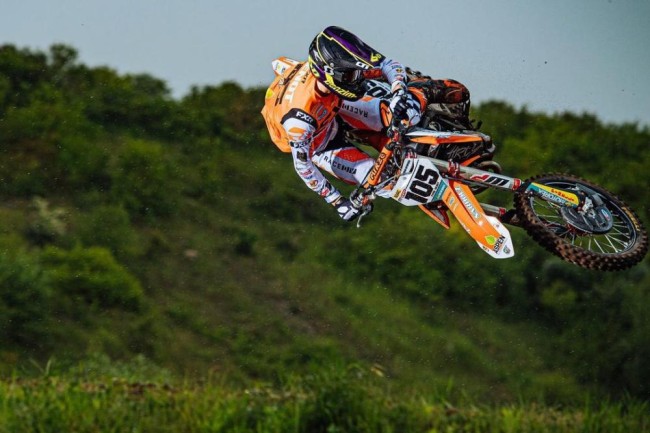 Cyril Genot decided to make the move up to the 450cc this year after signing a deal with the Sarholz KTM team which has seen him focus on the ADAC German MX Masters series. The Belgian has had a pretty good start to the season and is hoping for even more.

“The season is going pretty well at the moment. Did some solid results in the ADAC championship which I’m happy about but for sure I’m aiming for more! Step by step, I’m learning every time I’m going out on the big 450cc bike”, Genot told GateDrop.com.

Genot will race his first MXGP event of the year this weekend in Lommel – he had been planning to race more at the start of the season but with the COVID-19 situation it hasn’t been possible up to now. “

“We first planned to do more GP’s at the beginning of the season but unfortunately with the COVID-19 situation and with the ADAC races falling at the same time as most of the GP races we couldn’t do as much as I had hoped for. But I’m really happy to do my debut here in Belgium right now”.

The talented Belgian feels he had a good off-season and feels good but due to the level being incredibly high in MXGP he’s putting no pressure on himself this weekend in front of his home fans.

“I feel like I improved a lot in the winter time. It took me quite some time to get used to the big bike the first few weeks. Afterwards it went better and better and right now I feel really good on it. I’m not going there (MXGP of Belgium) with any expectations. It’s my first MXGP race and the level is so high. I’ll give my very best and we will see where we can get! For sure we would like to do some more MXGP’s. But we have to look how everything will fit with the other races I have to do this year”, Genot concluded.