Cooper Webb on staying with the spring shock 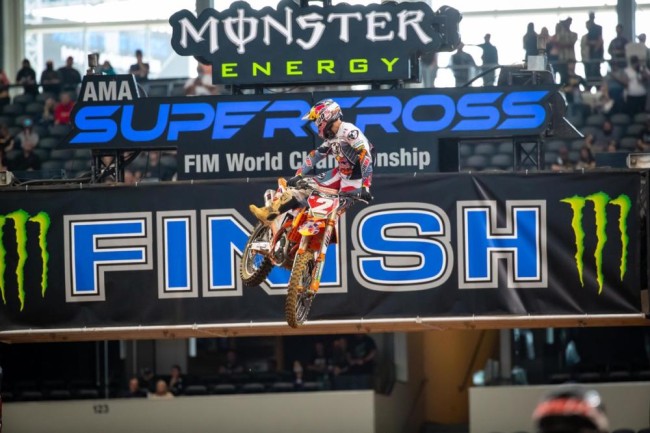 Cooper Webb has revealed he will stay with the spring shock for the rest of the season despite winning his first race of the season on the air, with the American, intent on winning another supercross title, making the decision due to more familiarity and not enough testing time on the air shock.

“I think right now the plan is to stick with the spring shock,” admitted the 450 supercross championship leader to the media. “At the end of the year, we were really keen on the air shock, it felt good, but we didn’t have much time with it. December is when I got it and we did some testing, but we’re learning every week. I think when I went back to what I ran last year and what I know, it was good. I’m sure we’ll learn more for next year and it will be even better, but for now, for where I’m at and how I’m riding, we’ll stick to the spring and go from there.

Webb also explained why he moved back to spring despite winning at Houston on the air shock. “Yeah, at Houston we were on the air,” confirmed Webb. “And then for the last Indy round we went back to the spring. I think different conditions suit one more than the other. I think there’s a lot of great capability with the air, but we need more time. We only had one month. When you ride the same track every day, you feel like you’re in a good spot, but then we go racing and the tracks are different.

“The way these races are, racing three days a week without being able to go home and try stuff during the week, I think that was more just that,”confided Webb. “I think if we had a normal schedule with riding and testing between races, I think we could be ahead of where I am with the spring shock right now, but at what point do you just go with what you know and stick to it? That’s the decision we made.”

It’s a decision, with Webb winning five of the last six races and leading by 15 points, that appears to be paying off – even if Red Bull KTM would probably prefer him to be on the latest technology!