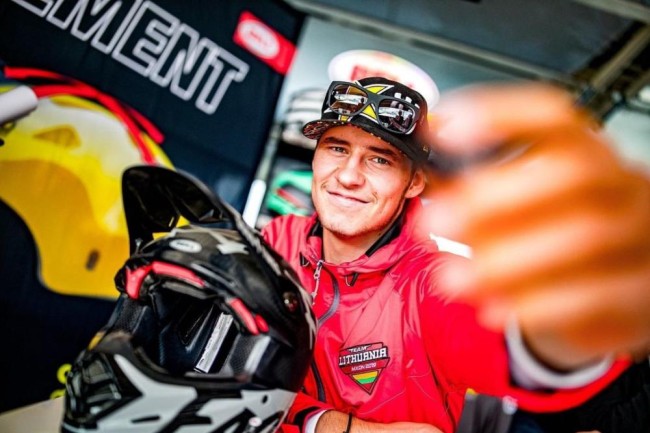 Lithuania have confirmed that they will send a team to this years MXoN event taking place at Mantova in a months time. It’s a track where things went wrong for Arminas Jasikonis at one of the MXGP events held at the track last year but it hasn’t put him off – he’ll race this years event which is great to see.

The team Lithuania has selected is as follows:

You can read the statement by the federation below:

OFFICIALLY – we are participating in MXoN 2021 in Mantova, Italy!

Arminas Jasikonis, Dovydas Karka and Erlandas Mackonis- On September 24-26 this year, these three motocross masters will represent Lithuania at the Motocross Olympics in the so-called Nations Cup (MXoN 2021) in Italy. Such an “Olympics” takes place every autumn on the best motocross tracks in the world and in Europe.

“This is the only team competition where motocross masters can represent their country. The results of each rider is very important in them, as they complement the team’s score. Jasikonis represents the Husqvarna team at the World Championship. Dovydas Karka wears a Yamaha outfit at the Swiss Championships. We discussed for a long time whether we would be able to send a team and participate due to lack of funds. We are glad that thanks to the partners from “Pearl Insurance” we will see the best Lithuanian motocross masters with the symbolism of the Lithuanian national team among the best athletes in the world,” said the President of the Lithuanian Motorcycle Sports Federation.