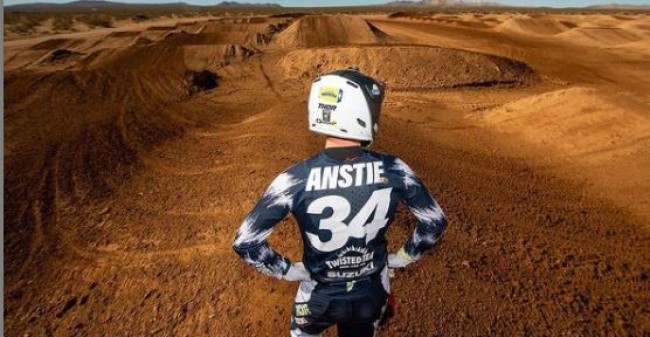 It has now been confirmed that after two years together, Max Anstie and the Twisted Tea HEP Suzuki team won’t be staying together for the 2022 season.

The Brit has had some good rides on the Suzuki and is rumoured to be heading to Rocky Mountain KTM for the 2022 season but that is still yet to confirmed.

“Twisted Tea Suzuki and Max Anstie will not renew their athlete agreement for the 2022 season after two successful years competing together. Progressing towards the upcoming Supercross season, the team wishes Max and wife Milly well in their future endeavours. Cheers, mate”, the team stated on social media.