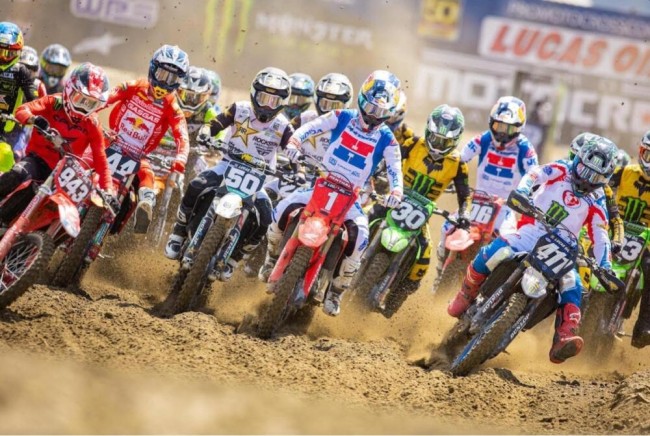 MORGANTOWN, W.Va. (June 30, 2022) – Following an announcement of a new live streaming partnership between MAVTV Motorsports Network and FloSports, the global audience for the Lucas Oil Pro Motocross Championship, sanctioned by AMA Pro Racing, will now have a new home for mobile viewing for the remainder of the 50th anniversary season. The new “MAVTV on FloRacing” channel will deliver all MAVTV Plus live content to viewers through FloRacing, FloSports’ dedicated motorsports platform, beginning with this weekend’s fifth round of the 2022 campaign, the KTM RedBud National.

Current subscribers to MAVTV Plus, both monthly and yearly, will maintain their access to the service through July 26, which will showcase all the action from RedBud (July 2), the MB Tractor & Equipment Southwick National (July 9), the Frescados Tortillas Spring Creek National (July 16), and the MotoSport.com Washougal National (July 23). As of today, MAVTV Plus will not receive any new subscriptions. All current MAVTV Plus subscriptions will end on July 27, from then on out MAVTV Plus programming will be presented exclusively on FloRacing.

Fans of the Lucas Oil Pro Motocross Championship who become new subscribers to FloRacing, beginning now or for the stretch run of the summer that begins in August, will be treated to an exclusive,limited-time offer of $6.99 a month. Current FloRacing subscribers will have access to watch live streaming coverage of the remaining eight rounds, beginning at RedBud.

“It’s been quite the journey thus far, but like with anything new you have to expect some growing pains,” said Davey Coombs, President, MX Sports Pro Racing. “Our audience has certainly shown a tremendous amount of patience as we’ve worked alongside MAVTV to address the issues and concerns involving live streaming. We cannot thank them enough for their commitment and their willingness to be honest with us. With the new partnership and establishment of ‘MAVTV on FloRacing,’ MAVTV has helped provide the Lucas Oil Pro Motocross Championship with a new home for mobile viewing with a proven track record to showcase the rest of what has been a truly memorable 50th anniversary season. We sincerely hope our fans continue to lend their support, which is invaluable to the success of the championship, and understand this is the most effective solution for the series moving forward to ensure we’re servicing our viewers both here in the U.S. and around the world.”