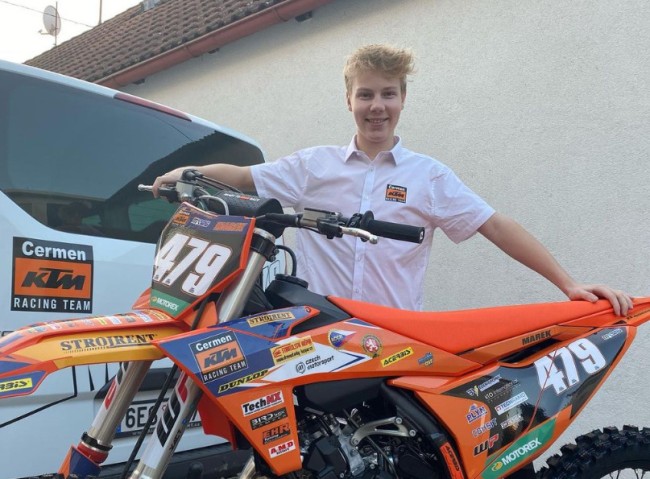 The Cermen Racing team broke into the Grand Prix scene this year focusing on the EMX125 championship with the very talented Czech rider, Vitezslav Marek. It was Marek’s rookie season in the EMX125 class and he showed glimpses of what he could do on his way to finishing eleventh in the championship.

Marek is a rider for the future and will be hoping to be a regular front runner in the class next year. The good news is that he will be staying with the Cermen Racing but that the team will receive official backing from KTM meaning he’ll have even better machinery.

“I am happy to announce that next season I will remain in the same team but with direct support from KTM official”, Marek shared on social media.

“For the following season 2023, support directly from KTM official was agreed, and therefore our team will perform under the name Cermen KTM Racing Team. We appreciate and thank you for this support”, the team revealed.