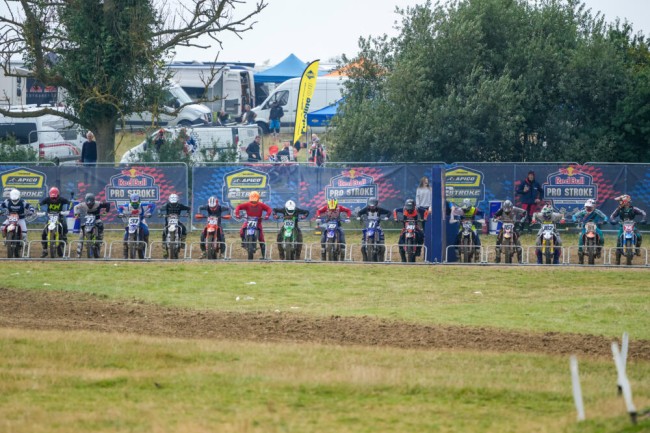 The hugely-successful Apico 2-Stroke Festival, featuring the Red Bull Pro-Stroke National, returns to the South East in 2022, packing a punch with a cash and product fund of £13,500 available across all classes.

The two-day event will be held over the weekend of the 20th and 21st of August at Sellindge in Kent, an old-school-meets-new-school style of track that has proved to be popular with riders of all ages and abilities.

The schedule will allow for plenty of action, with racing on both days for two-stroke riders. There are full ACU British 2-Stroke championship titles to be won in the 125, Open, Evo and Super Evo classes, and there will be youth classes catering for 125, 250F, BW and SW85s. The Red Bull Pro Stroke National Clubman MX1/MX2 groups will also compete over two days – riders can chose whether to ride two or four-stroke machines.

On the Sunday, the Red Bull Pro-Stroke National will provide classes for Pro/Expert MX1 and MX2.

Apico Factory Racing has partnered with the Festival since its inception. It’s not merely supporting the event as title sponsor, but will be engaging with the riders by handing out spot prizes that will include the latest products from its quality portfolio of brands such as Arai, Leatt and Forma, amongst many others.

The Apico 2-Stroke – now in its fifth year – is the brainchild of former British 2-Stroke Champion Dave Willett; “My vision has always been to put on an event that delivers a fun family racing atmosphere, yet rewards the riders from grassroots level through to Pro.

“I believe that, by offering the riders the chance to win a decent amount of money and products, and the opportunity to pick up a British title, we are the best single-event currently running in the UK. The incredible support we have for the 2022 Apico 2-Stroke Festival has allowed us to invest in the sport and the competitors, which can only be good for UK motocross as a whole”.

Entries are now available online via www.goracemx.com and filling up fast.