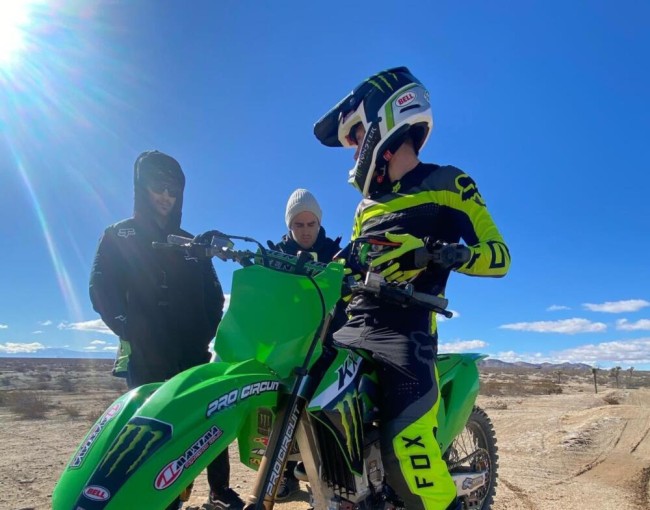 Carson Mumford has left Bar X Suzuki and will now be on Pro Circuit Kawasaki in a big opportunity for the US talent as he replaces the injured Austin Forkner in a last minute deal. Mumford isn’t long back on the bike from a badly broken wrist at the start of December but couldn’t turn down a golden opportunity that could ignite his pro career.

Mumford will fill the role for the remainder of the 250SX Western Regional Championship while Forkner focuses on recovering from the injuries he sustained at Anaheim 1. The team and Mumford look forward to the No.52 rider challenging near the front of the pack with teammate Cameron McAdoo.

“I’m grateful to Mitch and the whole Monster Energy/Pro Circuit/Kawasaki team for offering me this opportunity. It’s a huge privilege to line up on the gate with the support of the most proven team in the paddock and I’m more motivated than ever to show what I’m capable of on the racetrack. The plan is to take a couple of weeks to adjust to everything with the team before we line up in Oakland. I’m excited to line up on the KX250 and I’m looking forward to what we can accomplish together when the gate drops.” – Carson Mumford

Mumford has begun preparations with the team and will look to make his competition debut with the Monster Energy/Pro Circuit/Kawasaki team on Saturday, February 18th at Oakland SX in Oakland, California.

Hear from Mumford below: