Camden Mc Lellan: This year we are going to be chasing the (EMX250) championship 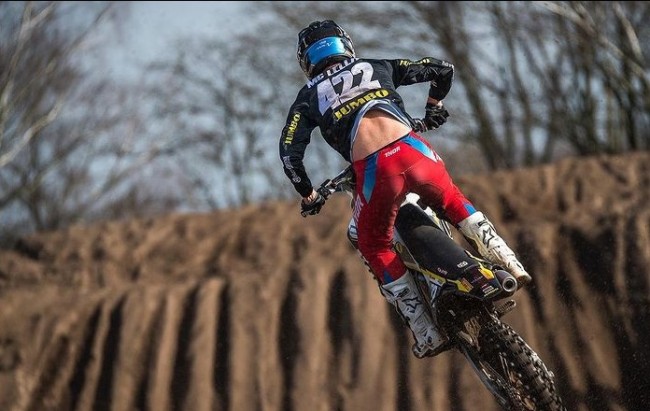 At the end of each season, Camden Mc Lellan usually heads back home to South Africa for some down time and see his family. However, at the end of the 2020 season due to the uncertainty of COVID-19 – he decided to stay in the Netherlands.

Infront Moto Racing recently confirmed that the season won’t start until June so it’s given Mc Lellan the chance to go back home and see his family – he even raced the opening South African championship.

Tinus Nel caught up with Mc Lellan to discuss his goals for the season and more – he’s aiming to go for the EMX250 title but knows that it’s not going to be easy.

On returning to South Africa…

On his his last few years…

“I’ve got a bike here so I thought I would race as well. I had a good year in 2018, when I moved up to the 125cc, the speed was there and everything was there but mentally I struggled so I had a bad year. Last year due to COVID-19 the races were postponed so we decided to move up to the 250cc because I was getting heavy. I’m quite a big boy now so I moved up to the EMX250 and it went well, it was a good year for me. This year we are going to be chasing the championship in that class and then some ADAC races in Germany as well as the Dutch Masters. Maybe we might even do some MX2 World Championship races, we will see”.

On the BT Husqvarna team…

“It’s a great team, this year especially they’ve really risen the bar, I’ve got a physical trainer, a riding trainer and everything I need. The team have really provided me with all the tools and I think this year you will see that. I feel really comfortable, I can ride when I want, am happy and always got a smile on my face – that will show on my riding so a big thanks to the team”.

“Something this series is known for is there’s so many guys and it’s so deep with contenders. It’s the class you have to be in before making the next step to MX2. Everyone is doing their best and you have some surprises sometimes and everyone pushes. With the line up we have, one week you can be first and the next week you can be tenth. It’s a packed class so it’s important to be consistent. We will see, there’s a lot of contenders”.