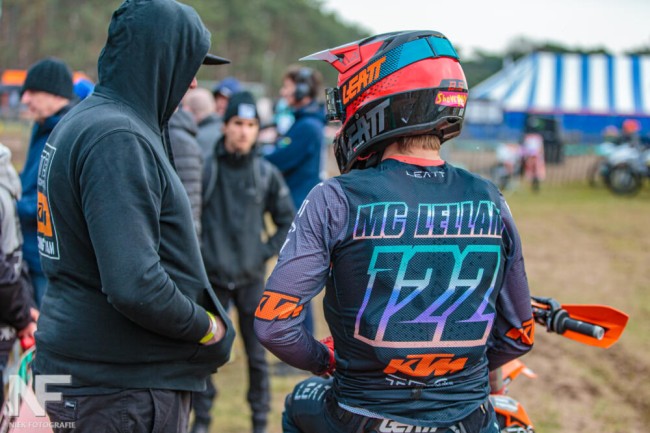 Camden Mc Lellan has confirmed that for the 2023 season that he will be making the jump up to race the MX2 World Championship and has signed a deal with the JM Honda team for the year ahead in what will be his rookie season in the GP’s.

After his success in the EMX250 series and more recently with the TBS Conversions KTM team he will now switch brands to Honda in what will be a new challenge.

At the moment Mc Lellan is in South Africa but is working on his paperwork so he can return to Belgium as soon as possible to start preparation for the 2023 season.

“After a solid year in the EMX250 category, I will be making the step up to the MX2 World Championship for the 2023 season, under the tent and strict guidance of the JM Honda Racing Team. Jacky and I have been talking about the opportunity since August and we have come to an agreement that is going to work well for both myself and the team, as we look to better myself and the bike throughout the year.

I have ridden a Honda before, back when I was just getting onto an 85cc, but that was nothing like the newer models so I am looking forward to the new machine and working with the team to get the most out of it.

For now, I am working on getting my paperwork in order to be able to return to Belgium and get the season preps underway ahead of the debut season in the World Championship”, Mc Lellan stated on his website.