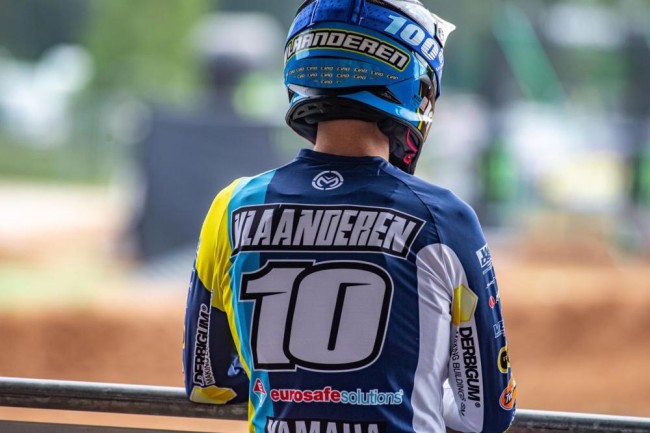 Calvin Vlaanderen picked up an ACL injury last year which meant he needed to undergo surgery once the season was over.

Vlaanderen has provided a positive update on his knee as he’s now in the ninth week of rehab and things have been going well.

2021 will be Vlaanderen’s second year in the MXGP World Championship and he’ll be hoping to show better results with a years experience under his belt in the stacked class.

“Nothing special here just me riding my bike. Update on the knee though – Everything’s going well! In week 9 now of rehab so things are getting pretty monotonous and repetitive but having goals to work towards and big motivation to achieve them definitely gets me through the daily grind of hours spent in the gym and on the bike. PS I’ll be back soon stronger than ever”, Vlaanderen stated on social media.