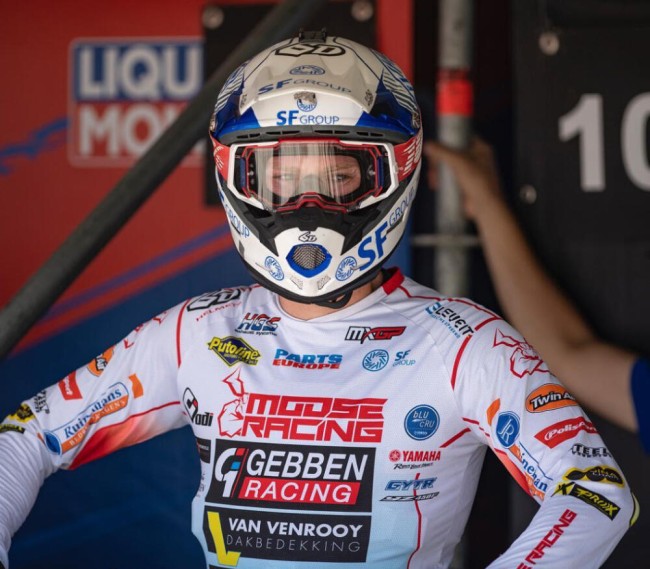 The Gebben Van Venrooy Yamaha team and Calvin Vlaanderen have already enjoyed three successful years together and the good news is that the partnership will continue for the 2023 season.

It was a strong World Championship campaign in 2022, Vlaanderen even stood on the stop step of the MXGP podium for the first time as well as podium visits. The team are delighted to announce that they’ve agreed a deal with Vlaanderen for the 2023 season where they hope for even more success including MXGP wins and podium results.

After finishing seventh in the MXGP World Championship standings in 2022, the goal is to have a strong winter preparation to have an even better year ahead. In order to get the best out of Vlaanderen, the team have decided to run a sole rider for the 2023 season.

The team are motivated for the season opener which will take place in Argentina on the 11th and 12th of March.

Calvin Vlaanderen: It’s great to extend my contract for another year with the Gebben Van Venrooy Yamaha squad for the 2023 MXGP season. We had a successful 2022 season achieving some big goals we set. Each year we are learning, improving and the data proves that. We have an all-new bike for the new year and I’m excited. I’m looking forward to having a strong winters preparation with the team and be able to continue fighting for podiums and wins in the coming season.

Klaas Hattem (team manager): The ultimate goal of riders or teams is to win a GP. To achieve this as a private team is a huge achievement. In addition to several podiums in the MXGP, the Gebben Van Venrooy Yamaha Team also won the Dutch Championship in MX1. The 2022 season has therefore been successful with the final result being seventh in the MXGP standings. The result of 2022 has ensured that the contract with Calvin Vlaanderen has been extended. Calvin has grown as a rider and is ready for the next step in his career. To support Calvin in that process as well as possible, the Gebben Van Venrooy Yamaha Team has made the decision to put all focus on Calvin Vlaanderen. That means that the team will continue with one rider in the MXGP World Championship. The team is convinced that together with all loyal partners and sponsors they can ensure new successes in the coming years.