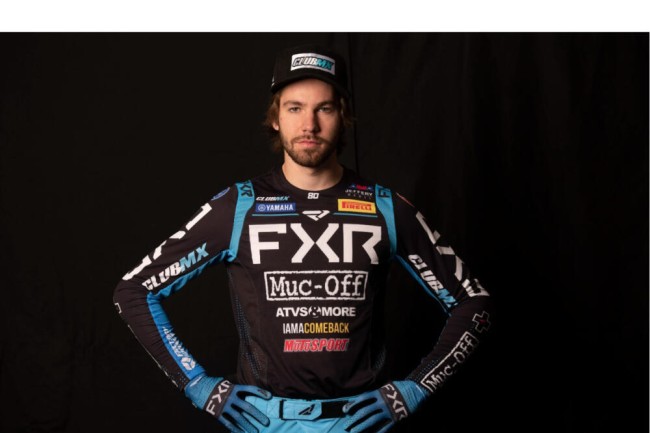 The Brasil team is back after two consecutive years without participating in the Motocross des Nations. MXoN 2022 will take place in Michigan, United States, at the RedBud MX track on September 24th and 25th.

The competition considered the “World Cup” of the modality had the edition canceled in 2020, due to the pandemic and in 2021 the Brazilian team and other nations, such as the USA, had logistical difficulties to board their teams and ended up staying out of the competition. last year’s edition. The Brazilian Motorcycling Confederation announced today (02/08) the name of the riders that will form the Brazil team: Enzo Lopes, who participates for the second time in the competition and will compete for MX2, Ramyller Alves, for MX1 ​​and participating for the third time in the championship and Fábio Santos, current Brazilian champion for MX1 ​​and with vast experience in Motocross das Nações, will go for his sixth time to defend Brazil in the MX Open.

For CBM’s motocross director, Wesley Rodrigues Magalhães, better known as Pakito, the vast experience of the riders in competition and with competitions abroad was decisive for the call-up.

“We have many other riders with excellent attributes who could also represent the Brazil team very well in this competition considered the Motocross World Cup. The name of the pilot Hector Assunção was considered, but due to the injury suffered in the Brazilian Championship, he would be very concerned for his recovery and end up compromising the formation of the team. We are very optimistic about the team called up and we believe in the fight for good results”, commented Pakito.

Of the approximately 40 countries participating in MXoN, only 20 qualify for the finals. Brazil’s participation in the Motocross World Cup began in 1997. According to the team leader of the Brazilian delegation, Manuel Carlos Hermano (Cacau), who was in charge of the Brazil teamin 2001 and from 2012 to the present, the formation of the team of this edition is similar to the same team of 2018, with the replacement of Gustavo Pessoa by Ramyller.

“In 2018 we had Enzo Lopes and Fábio Santos running on the same track where this year’s Nations edition will take place. That year these drivers managed to qualify Brazil for the finals after 10 years, and we are optimistic about the fight for good results. Ramyller, who lives in the United States, and participates in international competitions, will add to the team with his extensive experience and has been preparing very well for the championship. We know it will not be easy, as we have two drivers still in the recovery phase, but our objective is to place Brazil among the 20 best in the world.” – Cocoa commented.

This will be the 19th time that the Brazil team participates in the competition. Although it still doesn’t have titles for MXoN, the green and yellow team has already been classified five times for the finals and came to be among the 15 best teams in the world, having with the best result in its history the 14th position in 2008 (Balbi, Welington Garcia and Leandro Silva) and 2009 (Balbi, Welington Garcia and Swian Zanoni).

Ramyller Alves: I started competing since I was five years old, competing in all the state and national championships here in the United States. At the age of 19 I turned professional competing in AMA Supercross and AMA Motocross where I had good results. I have represented Brazil at the Junior World Championships in Belgium and twice at the Nations in Italy in 2016 and in the Netherlands in 2019. It is always an honor to be one of the riders to be chosen to represent Brazil in the biggest event we have in our sport. I am very grateful to have this opportunity once again this year. I think we have the team with the potential to achieve a good result in the defense of Brazil, even more so that RedBud is a track that I love and has already competed several times in the AMA Motocross.

Enzo Lopes: I was Brazilian champion twelve times, between Brazilian and Arenacross, and I was twice in fifth position in the AMA Supercross, being considered until today the best result of a Brazilian in the competition. In 2018 I was at the Nations together with Fabinho and Gustavo on the same track where the Nations this year will be held, and together we managed to qualify Brazil for the finals after 10 years. I ended up in sixth position in my heat, which was very good for me. And since 2018 I have been nominated to defend Brazil in the competition, but due to injury issues I cannot make the commitment. But now I feel prepared and I am very happy and grateful to be able to participate in the Nations again. I’m doing a strong preparation and I feel very confident.

Fábio Santos: “I am very happy with the call-up to the Motocross das Nações, it was a goal of mine since the beginning of the year! And for being the first rider who is going for the sixth consecutive time to represent Brazil in the Motocross des Nations gives me an extra motivation. I already know Redbud from MXoN from 2018, even with a lot of clay that year it was one of the tracks I liked the most in my entire career. I believe I have everything to have a better result than 2018, as I already know the track, I know the adjustments I will need to make to the bike and at the moment I feel more confident and better adapted on the yz450f. By then I will be 100% recovered from my injury and physically well prepared! We have a good team to be able to repeat Brazil’s classification in MXoN and we count on everyone’s support”.