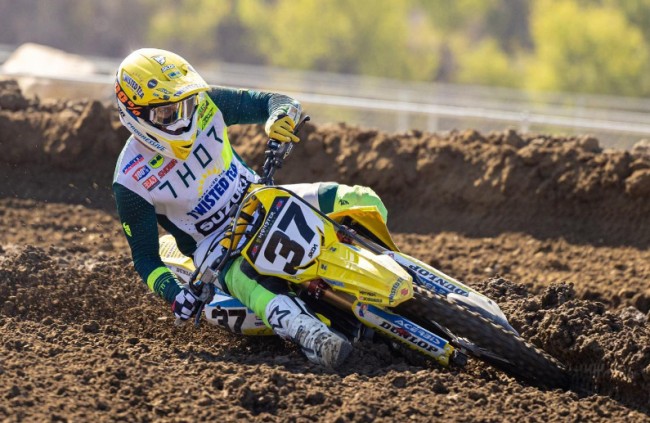 Brandon Hartranft has been busy preparing for the upcoming Supercross season but last week it all went wrong when putting in the laps. The Suzuki riders bike cut out over a rhythm section and as a result landed head first. He has walked away from the incident but has sustained multiple injuries.

Hey everyone. I want to say thank you to all of you who has reached out and help me on my Road 2 Recovery. You all mean so much to me and it’s making my life better. On Tuesday I was training and did a rhythm, It was a 3-3-3-on off. Well, the middle of the 3 triple my bike cut out and I landed head first which caused the following:

So, right now we’re just trying to get healthy and get back standing on my feet. I’m in pain but no pain no gain!! So thank you everyone so much again I will be giving you guys updates.