Bogle steps away from US motocross season 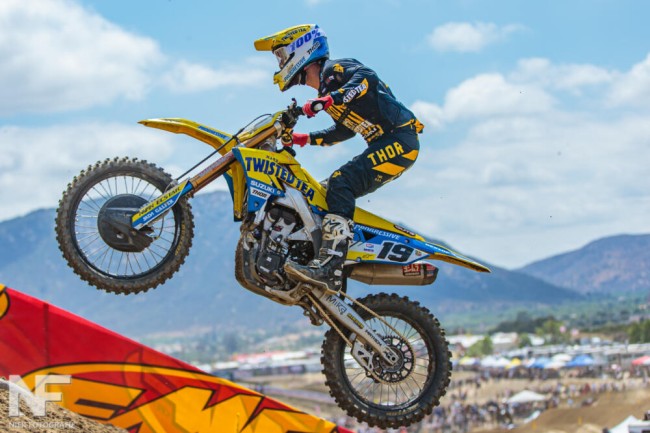 Justin Bogle has decided to “take a break” from AMA motocross after results where not what he wanted with the American looking some time off to recover – and may even return later in the year,

HEP Suzuki said: “With the support of his family and team, Justin Bogle of team Twisted Tea/ HEP Suzuki presented by Progressive Insurance has decided to take a break from the 2022 Lucas Oil Outdoor National Championship. The burden of a grueling Supercross season, where Justin was one of only 10 athletes to lead a premiere class main event while accomplishing multiple top-ten finishes, has compelled Justin to press the reset button and recover. Although no timetable has been set for his return, we look forward to seeing Justin back on the racetrack in the near future.”

You could tell Bogle’s frustration in our interview after Pala when he spoke to Marco Kamper.

It is believed former MX2 GP rider, Marshall Weltin, will take his sport at Suzuki, having had some good results in the first couple of rounds of the 450 US outdoor season.