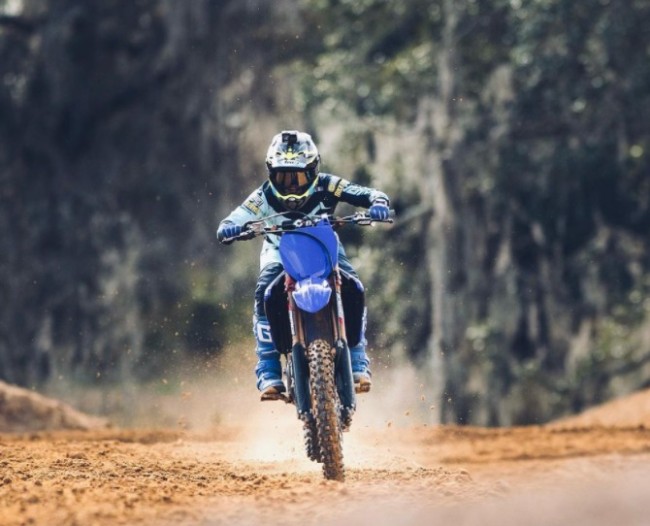 Alex Martin is preparing for the West Coast 250SX series to get underway this weekend. The American is back on a Yamaha after signing a deal with the Manluk/Rock River/Merge Racing team for 2021.

Dailymotocross.fr recently caught up with Martin to discuss a range of topics (you can read the full interview, here).

On the closure of JGR Suzuki…

I was bummed to learn of JGR having to shut down. I enjoyed my time on that team, and probably would’ve finished my career out there if they would’ve stayed around. Once I learned they were done it definitely surprised me and I had to quickly switch gears to looking for a team. I had to pick up the phone and start calling to get something figured out asap. I reached out to Mike Duclos at Rock River as I had success with that team in the past.

On being back on a Yamaha…

I’m really excited about being back on a Yamaha. The Manluk, Rock River, Merge team is something we were able to organize pretty quickly after I learned JGR was done. Yes as of right now I will be the only rider in Supercross on the team. With there being no rides available on factory teams, I knew my only chance to be competitive would be getting back on a blue bike. The 250 class over here is all about horsepower and Yamaha has that engine figured out for sure.

My training program is staying about the same as I live in Florida and ride out at the MotoSandbox facility. I’m able to ride with Ken Roczen on a regular basis so that definitely has its advantages. The JGR track was really nice, but I didn’t live up there so I only rode it when I would fly up for testing sessions.

Thoughts on the MXGP riders…

I have a ton of respect for Euro riders. In my opinion I think a large portion of American riders have just gotten soft and don’t want to deal with being away from home, the travel, and the training that’s required to be competitive over in the GP’s. The training that most Euro guys do in the winter to get ready for the GP’s is gnarly and they are probably logging twice the amount of seat time that US riders get preparing for Supercross. I don’t have the answer for why more Americans don’t race over in Europe but I think it’s more complicated than Ryan Villopoto having a tough time over there.