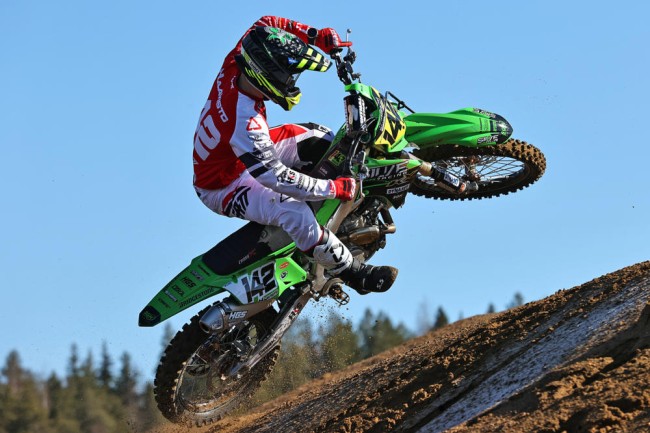 After a good career racing a 250cc in both the EMX250 and MX2 World Championship, Jere Haavisto has a new challenge for the 2021 season.

It will depend on the budget and the final EMX Open calendar but Haavisto is also interested in contesting the EMX Open series, it would be nice to see him remain in the GP paddock.

“I’m really happy for the opportunity to race a 450cc with Kawasaki and Silve racing. Myself and petteri changed a bit our thoughts already at around the middle of the 2020 season, but there was still quite some question marks. The deal we made in January and Silve Racing offered me to race full Finnish championship series and also the Finnish GP in Kymiring”, Haavisto told GateDrop.com.

“Personally I’m really interested to race EMX Open races but it depends still about budget and how last EMX Open calendar looks. I decided to race a 450cc because it fits my style really well and also I’m already 22 years old so I don’t have that many years left in 250 class so I felt like it was right decision to switch class earlier. I want to thank all my sponsors for giving me opportunity to race”, Haavisto concluded.