Interview: Ross Brown looks back at the Irish GP’s he contested – Ballykelly & Fairyhouse 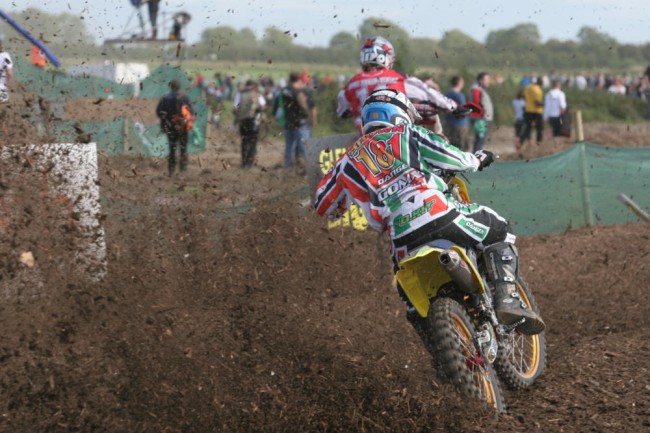 Ross Brown was one of the top riders to come from Southern Ireland during his time racing in the Ulster and Irish Championships as he was always a consistent front runner. Brown contested two Irish Motocross Grand Prix’s – 2004 at Ballykelly and 2008 at Fairyhouse Racecourse (the last ever GP in Ireland).

The Irish rider also has good memories representing Ireland at the Coupe de l’Avenir (also known as the U23 des Nations) and in 2005 he ran right at the front of pack beating big names such as Jeremy Van Horebeek and look at the career he went onto have.

Brown now lives in Australia and calls it home but we caught up with him to discuss his memories from the Irish GP’s he contested and more.

Gatedrop: Ross, you decided to race the World Championship at Ballykelly in 2004. First of all, do you remember the decision behind contesting the event?

Brown: Wow that’s 16 years ago, I’m feeling old. Yes, I remember it was a no brainer to get a wild card entry to try compete with the best in the world especially as it was in my home country. It was always my vision and end goal to reach the world stage and be the best I could be.

Gatedrop: The week heading up to the event, do you remember your feelings – nervous, excited? Obviously, it was the first time Ireland was getting a GP in a number of years so there was a lot of buzz!

Brown: Yes, I was nervous of course as I was going to be riding side by side with all of the superstars of the sport that we watched every weekend on TV. I think I was more excited to be honest and I knew it was going to be hard but I was up for the challenge. I knew if my start’s were on point I would have a chance as back then there were qualifying races and not timed. Get a good start and try hang on and learn from the faster guys was my plan.

Gatedrop: Going out for free and timed practice against a number of world class riders – Rattray, Sword, Townley, Cairoli, Pourcel to name a few. What was it like just to share the same track as them? Do you remember what you thought of the speed?

Brown: I thought ​my speed was okay but I knew I would need to ride on my limit and some to make it happen, these dudes haul ass and make it look easy too. We as motocross riders are always critical of our own speed and always feel that we need to ride faster (it’s in our DNA).

Gatedrop: Can you tell me what you remember from the event?

Brown: ​I remember thinking that this is the calibre of event I want to compete in as its so professionally organised and an amazing atmosphere. It just motivated me to train harder.

Gatedrop: I believe you planned on racing the Desertmartin and Moneyglass GP’s as well, but injuries got in the way of that?

Brown: Yes that’s correct I planned on racing the Moneyglass & Desertmartin GP rounds but I had a few years that I was plagued with injuries. Before the Desertmartin round I was racing in Ferns Co. Wexford in the Irish championship and I over jumped a jump and crushed the cartilage (meniscus) in my right knee. Then when I was training for Moneyglass I had the same mindset as before the Ballykelly GP “Ross all you need is a good start to qualify and we’ll worry about the race once we are in”. While practicing my starts with a good friend of mine and after about 20 gate drops I washed the front end out in the first corner as the grass was wet. As I put my left arm out to save me it landed over a hole and my friend drove straight over my elbow and it dislocated (he had nowhere to go).

Gatedrop: You had to wait another four years but then you rode the GP at Fairyhouse, this time in the MX1 class. Back then there was no qualifying so you knew you’d make the Sunday races, that must have made you more relaxed on the Saturday?

Brown: Yes, it was a lot more relaxed that year due to not having to qualify. The lead up to the event the rain did not stop and I had nowhere to train so I spent every day in the gym and focused on the rowing machine. Not ideal but everywhere was under water. We even thought the event would be cancelled but then the track builders decided to fill the track with wood chips to absorb all the water. 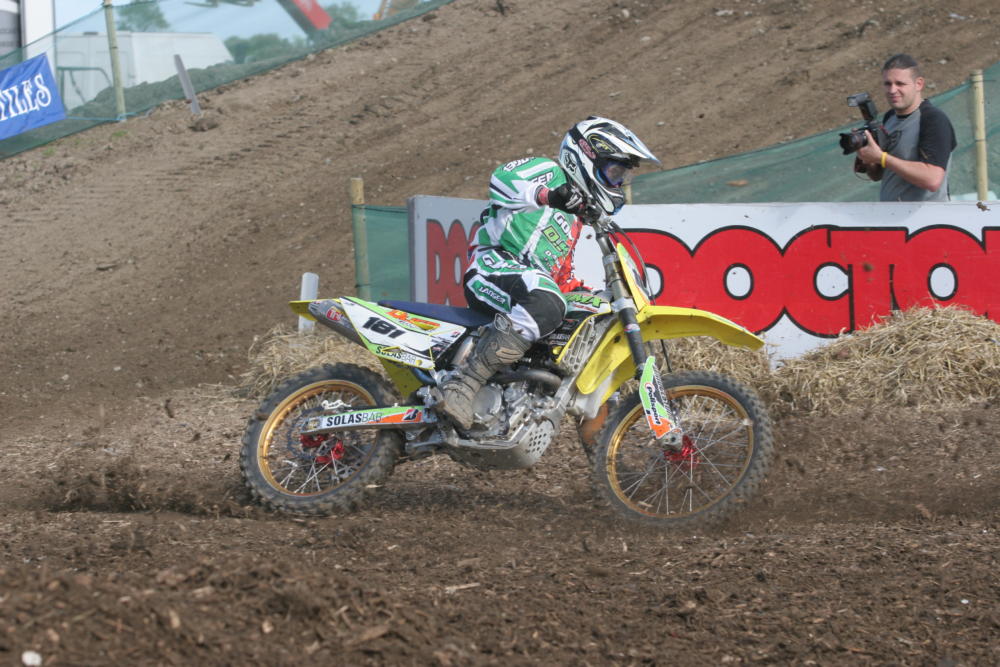 Brown in action during the Irish GP at Fairyhouse. Pic: Nigel McKinstry

Gatedrop: Man made tracks get a lot of stick but what was your thoughts on the track at Fairyhouse?

Brown: To be honest it was a fun track with the big jumps but having natural elevation changes and hills is hard to beat. Anyone that knows me will tell you that I love jumps, the bigger the better and I’ve never raced a track that had tabletops that big while being safe at the same time. As for the wood chips they done what they were supposed to do (absorb water) but it was such a weird feeling to try ride the stuff. It was like leaning into a berm but there was no base to turn off and you would just push through. I think the organisers done the best with what they had.

Gatedrop: Can you talk me through your races that day? It must have been a great experience to do your first two GP moto’s after not qualifying at Ballykelly. Was the experience like?

​Brown: It was amazing to be lining up beside the best in the world. I learned a lot that day. Sometimes it’s hard to figure out how to become a faster rider especially if you ride with guys the same speed as you. Racing with the best in the world highlights what sections I needed to improve on. It’s always the corners, their entry speed and aggression through the corner was incredible.

Gatedrop: You raced the Coupe de l’Avenir for team Ireland in 2005 – what did it feel like to represent Ireland at such a big event?

Brown: ​The Coupe de l’Avenir is such an amazing event and I have fond memories of that race. There was a lot of negativity before the event and people were saying I shouldn’t have been picked. It was hard to hear but it gave me more motivation to go prove them wrong. It’s always an honour to represent your country in any sport. 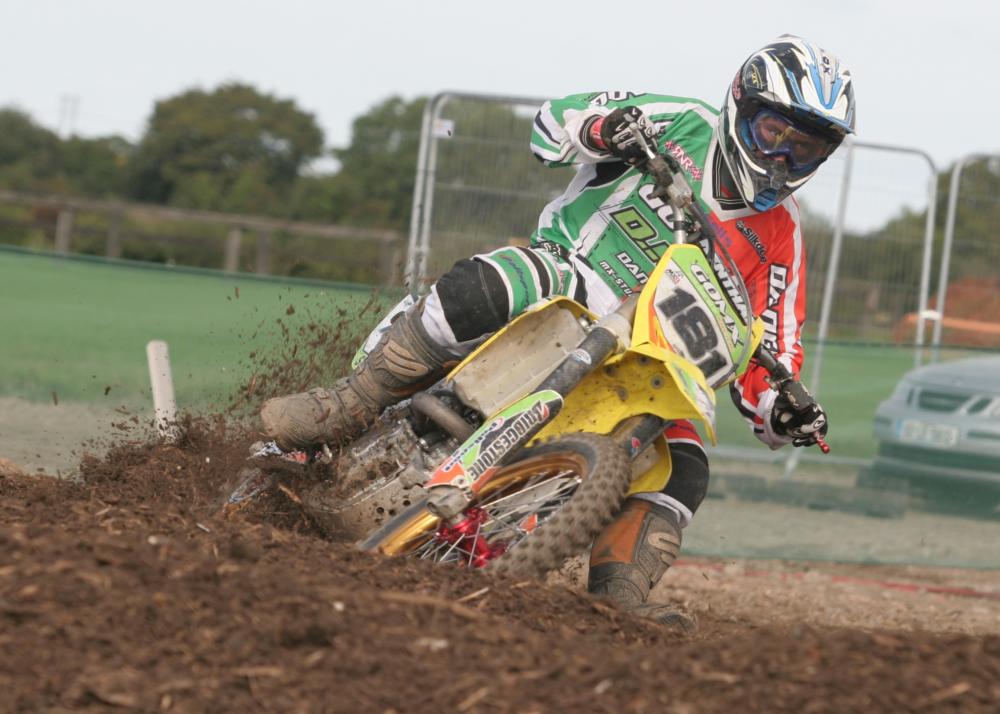 Gatedrop: What are your memories from that day? I believe Desalle and Van Horebeek were racing – you beat JVH in the first two races, you were flying that day!

​Brown: Yes I remember I struggled with qualifying on the Saturday as it was never my strong point and I qualified 17th. I thought to myself that I had made the wrong decision when I chose to race my 450 instead of my 250 but once I got going I realised it was the right decision. On the Sunday morning I remember getting a great start in the first race and running up front for the majority of the race which gave me confidence. As the texture of the soil was very similar to where I trained in Ireland I felt right at home too.

Gatedrop: You finished fourth overall and Ireland third overall – you must have been really pleased with that?

Brown: Yes it was an amazing feeling to get the result I did. I remember on the line my bike stalled and I could not start it as the gate dropped. Then the team manager that year Mick Mc Cullagh pushed me so I could jump start the bike. We got it going and I remember being so angry and pushed as hard as I could. When I caught the pack, if there was an opening anywhere I would just dive in and take the position, even 2 sometimes.

I had tunnel vision and I knew I needed to get to the front and give the Irish team the best chance of standing on the podium. I got back to 4th and battling for 3rd when I dropped it. I remember the Belgium fans were cheering me on from the sideline as they could see that I came from behind. It was such a great weekend and I’m forever grateful that I was giving the opportunity to race it.

Gatedrop: What’s life like for you now – I believe you’re now living in Australia? What took you there and do you still ride?

Brown: Yes that’s right, I now live in Brisbane, Australia. I decided I wanted to come over and work part time and continue my motocross career. My racing career never really took off as I found it very hard to work 10-12 hour days and try get to the level of fitness required to race competitively in the pro class. I am now the director of my civil construction company 2016 and now I just ride for fun. Life is busy over here and I now call Australia home. I love it here.